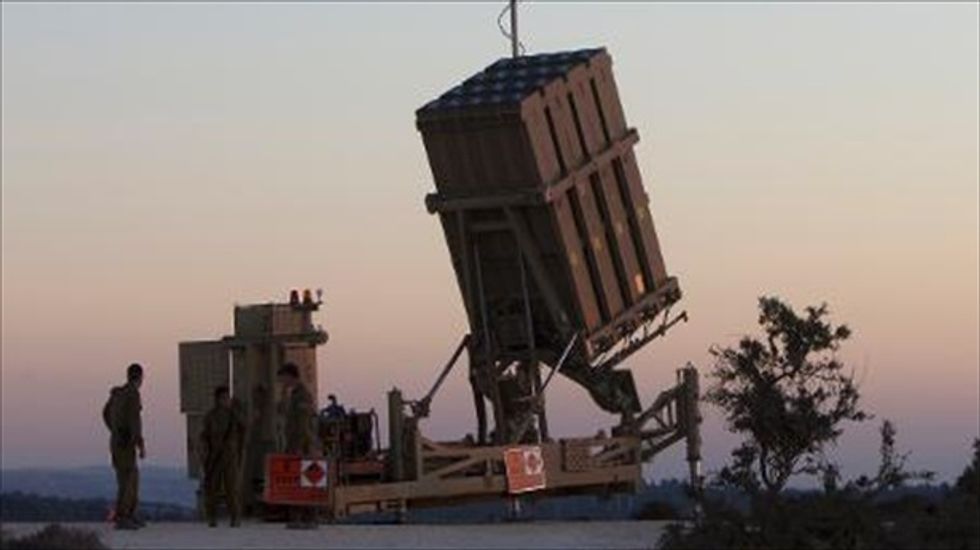 The military denied media reports it shot down a rocket fired from Gaza at southern Israel on Thursday, saying the projectile fell on open ground.

"There was no interception," a spokesman told AFP. "A rocket fell."

Public radio, army radio and other Israeli media earlier reported that the Iron Dome missile defence system shot down a rocket fired from the Gaza Strip towards the southern city of Ashkelon.

A military statement said the rocket had been aimed at Ashkelon but fell to earth without causing injuries or damage.

It was Thursday's second cross-border rocket attack, the military said, but did not elaborate.

On Tuesday, Gaza's Hamas rulers said they had redeployed a 600-strong special security force tasked with preventing cross-border rocket fire, after reports it had pulled the unit back two days before.

Hamas spokesman Islam Shahwan said the Palestinian Islamist movement would "not allow the occupation (Israel) to break off the ceasefire" that ended an eight-day, full-scale conflict with the Jewish state in November 2012.

The Hamas force was deployed on January 21, but withdrawn at the weekend as a protest after four Israeli air strikes on Hamas training camps in the strip.

While Hamas itself does not routinely fire rockets, Israel says it holds the group, which seized power in Gaza in 2007, responsible for such attacks.