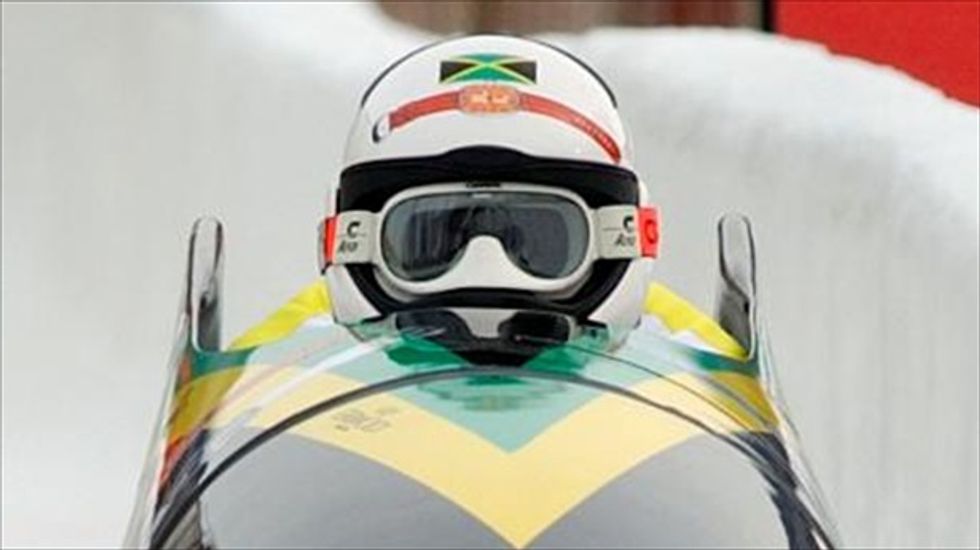 The Jamaica 1 bobsleigh with driver Winston Watts at the Verizon Sports Complex in Lake Placid, New York, on Feb. 16, 2003 [AFP]

Jamaica's bobsleigh team have suffered a serious Olympics setback after their luggage and equipment went missing but insist they will still compete even if they have to beg gear from rival nations.

"We had bad weather going into New York JFK and had to go to Philadelphia first and we missed the flight to Moscow," Jamaican team pilot Winston Watts said.

"We flew Tuesday almost all day long but after we came here we found out that our luggage got left back there. We've got nothing right now with us. Helmets, spikes, lycra suits, everything is somewhere between JFK and Sochi."

Despite the setback, Watts, who inspected the daunting course at the Sanki sliding centre on Wednesday, insisted his team will still make it to the first training session on Thursday -- even if they have to borrow equipment.

"I'm looking around and trying to get some helmets and stuff like that. Tomorrow (Thursday) is an official training session for people who've never been down this ice," he said.

"We'll make it tomorrow, I guarantee that. It's still a learning process and we have a lot more to learn. I've walked around the course today learning the curves. But when you're inside the bob there's a completely different feeling."

Jamaica's two-man team, who have qualified for the Winter Games after a 12-year absence, are hoping to represent their country with the same vigour and enthusiasm shown by their 1988 Calgary counterparts, who inspired the Hollywood movie "Cool Runnings".

"We're definitely not the Games favourites but we came here to represent our country with pride," said Watts, who also competed in the 1994, 1998 and 2002 Games.

"With the help of our friends, sponsors and Jamaica's Olympic Association we've raised around $148,000 for travel expenses and preparations for the Games and are set to spend it wisely."

He later added: "It is a tough way to start. We have a back-up plan. A lot of guys wanted to help us and we may race on borrowed blades."

Despite arriving in Sochi with only the clothes on their backs, Watts said he was still enthusiastic for the challenge ahead.

"There are no words to explain how it is being here. The atmosphere, the fans, the friends, the media; it's really exciting," he said.

Watts added that their qualification for the Olympics even received the full support of world sprint superstar Usain Bolt.

"We've got all possible support from our colleagues at home," Watts said.

"Everybody loves and supports us there. We've talked once to Usain (Bolt) and he also congratulated us on the Olympic qualification and wished us good luck at the Games."