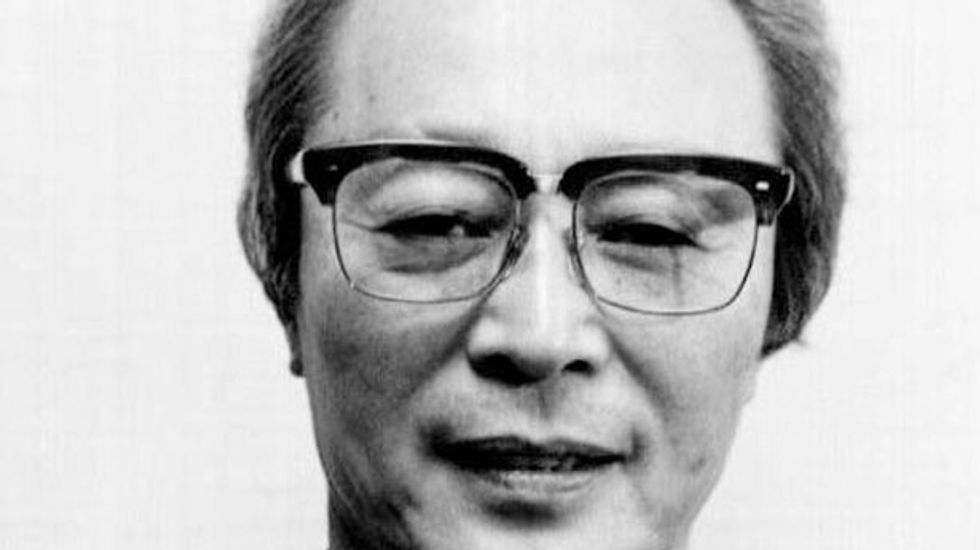 A woman picked last year by Prime Minister Shinzo Abe for NHK's management board has praised the ritual suicide of a high-profile right-winger, saying his self-sacrifice made Japan's emperor a living God.

The revelation comes after more than a week of controversy which has cast doubt on the editorial integrity of the public broadcaster.

A fellow board member dismissed the Nanking Massacre as "propaganda" and the NHK director general said Japan's wartime system of sex slavery was commonplace.

In an essay distributed in October, a month before her appointment at NHK, Michiko Hasegawa praised Shusuke Nomura, an extreme nationalist who committed ritual suicide in the offices of the liberal Asahi newspaper in 1993 in protest at its mockery of his right-wing group.

Since at least feudal times, suicide has been seen as a way of preserving honour in Japan. Famously, right-wing author Yukio Mishima disembowelled himself after a failed coup attempt.

"It is only to God human beings can offer their own lives," she wrote in the document, which has been posted online and was reported in Wednesday's edition of the Mainichi Shimbun.

"If it is devoted in the truly right way, there could be no better offering. When Mr Shusuke Nomura committed suicide at the Asahi Shimbun headquarters 20 years ago, he... offered his death to God."

Because Nomura uttered a prayer that the emperor may prosper, immediately before shooting himself three times in the stomach, "His Imperial Highness, even if momentarily, became a living God again, no matter what the 'Humanity Declaration' says or what the Japanese constitution says," she wrote.

Japanese emperors were worshipped as demi-gods until Emperor Hirohito renounced his divinity in 1946, as part of the settlement demanded by Allied occupiers after World War II.

The US-written post-war constitution stipulates the emperor is a "symbol" of the nation with no political power.

Hasegawa, a 67-year-old academic, is one of a 12-strong board responsible for programming policy and budget-setting at the publicly-funded NHK.

Her essay was distributed at a Tokyo meeting in October, a week before the government presented her name and those of three other candidates for the board, the Mainichi said. Their appointments were endorsed by parliament on November 8.

While historians do not agree on the total death toll -- figures range from tens of thousands to 300,000 people -- no serious academic suggests the brutal sacking of the city did not take place, although it is a canard beloved of Japan's extreme right.

Neither board member has been called to account by the government -- which officially accepts the Nanking Massacre took place -- with top administration spokesman Yoshihide Suga saying members have a right to express personal opinions.

Hasegawa was picked by the government because she is "a leading philosopher and critic" who is well-versed in Japanese culture, Suga told reporters Wednesday.

The recent controversies appear set to fuel fears among some commentators that NHK, one of the world's biggest broadcasters, is falling meekly into line with Prime Minister Abe's aggressively nationalist agenda.