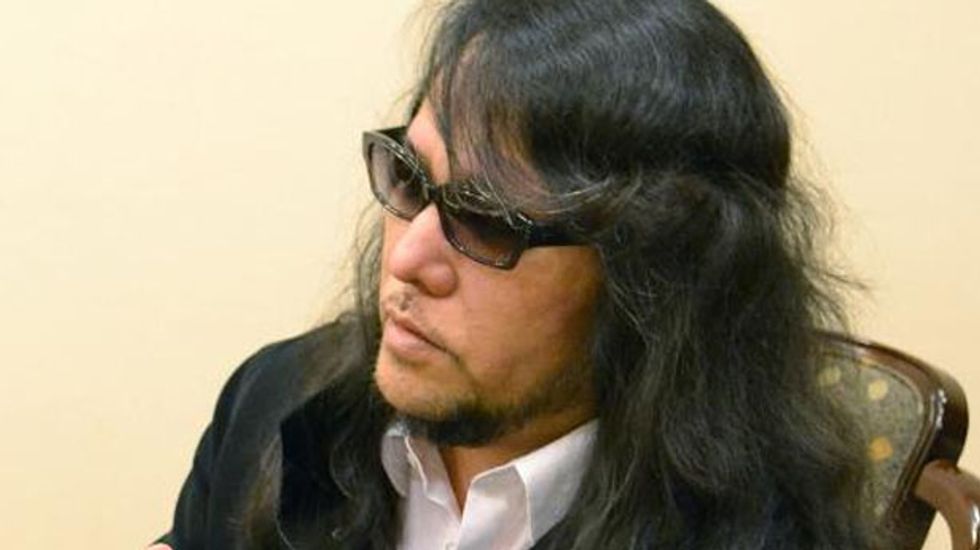 A deaf composer dubbed Japan's Beethoven confessed on Wednesday to hiring someone to write his most iconic works, leaving duped broadcaster NHK red-faced, and casting a cloud over a figure skater set to dance to his music in Sochi.

Mamoru Samuragochi, 50, shot to fame in the mid-1990s with classical compositions that provided the soundtrack to video games including Resident Evil, despite having had a degenerative condition that affected his hearing.

Samuragochi, who has also spells his name Samuragoch, became completely deaf at the age of 35 but continued to work, notably producing "Symphony No.1, Hiroshima", a tribute to those killed in the 1945 atomic bombing of the city.

In 2001 Time magazine published an interview with him, calling him a "digital-age Beethoven."

"I listen to myself," Samuragochi told the magazine. "If you trust your inner sense of sound, you create something that is truer. It is like communicating from the heart. Losing my hearing was a gift from God."

His reputation grew when public broadcaster NHK aired a documentary in March last year entitled "Melody of the Soul", in which it showed the musician touring the tsunami-battered Tohoku region to meet survivors and those who lost relatives in the 2011 catastrophe.

The film shows Samuragochi playing with a small girl whose mother was killed in the disaster and apparently composing a requiem for her, despite his own struggles with illness.

Viewers flocked in their tens of thousands to buy his Hiroshima piece, which became an anthemic tribute to the tsunami-hit region's determination to get back on its feet, known informally as the symphony of hope.

But on Wednesday morning the composer's life was revealed to have been a fraud, and an NHK anchor offered a fulsome apology for having aired the documentary.

"Through his lawyer, Mamoru Samuragochi confessed early Wednesday that he had asked another composer to create his iconic works," said the anchor.

"NHK has reported on him in news and features programmes but failed to realise that he had not composed the works himself, despite our research and checking."

The statement, seen by AFP, offered an unqualified mea culpa.

"Samuragochi is deeply sorry as he has betrayed fans and disappointed others. He knows he could not possibly make any excuse for what he has done," it said.

The broadcaster quoted Samuragochi as saying his deception had begun nearly two decades ago.

"I started hiring the person to compose music for me around 1996, when I was asked to make movie music for the first time," he said.

"I had to ask the person to help me for more than half the work because the ear condition got worse."

He paid for the commission, said NHK, adding the real composer, whom it has not identified, has not yet responded to requests for comment.

Takahashi's programme in Sochi includes a dance to a sonatina allegedly composed by Samuragochi that was unveiled two years ago.

Nippon Columbia Co, which has sold his CDs and DVDs, said in a statement that the company was "flabbergasted and deeply infuriated" by his revelation.

"We had been assured by him that he himself composed the works," it said.


A large turnout is also expected at the polls Tuesday as Georgia voters have their last opportunity to settle a high-stakes election that is far outperforming turnout in runoffs in 2016 and 2018, but lags behind a pair of Senate runoffs in January 2021 when more than 1 million absentee ballot votes spurred Democratic challengers Warnock and Jon Ossoff to upsets over Republican Sens. Kelly Loeffler and David Perdue.

In the immediate aftermath of reports that Donald Trump had dinner with two notable antisemitic political figures — Nick Fuentes of America First and Ye (formerly Kanye West) — a simple excuse was floated to mitigate the backlash: It wasn't Trump's fault — he was sandbagged!