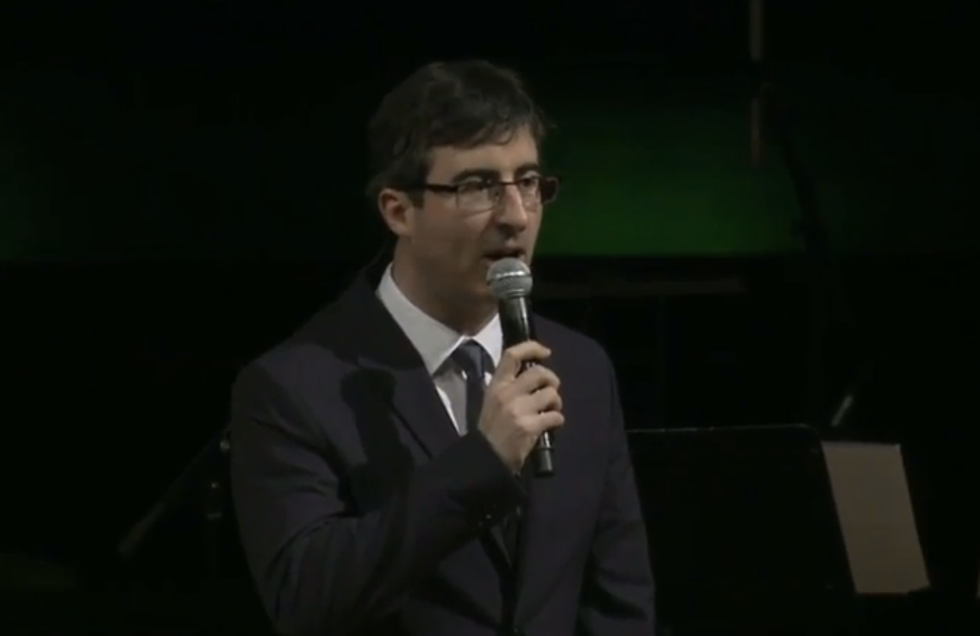 "Daily Show" alumnus John Oliver emceed the annual "Crunchie" awards on Tuesday night, but was apparently not feeling any great love toward the assembled crowd of tech industry elites.

"F*ck you, straight away," he said by way of greeting as he took the stage.

"It is once again an honor," he continued, "to be in a room with such an illustrious group of high-functioning nerds. Thank you for having me, dweebs."

He went on the ridicule the sense of entitlement that is coming to be associated with Silicon Valley's millionaire culture and the way those who benefit from the tech boom are contemptuous of people poorer and worse off than themselves.

Perhaps, he said, San Francisco's notorious Google buses -- which ferry employees back and forth to work but not regular citizens -- should tint their windows from the inside so that the riders aren't troubled by the sight of "peasants" during their daily commute.

"You already have all the money in the world," he said. "Why do you need awards after that? It is absolutely ridiculous. You're no longer the underdogs, it's very important that you realize that. You're not the scrappy people that people get behind. It used to be that people who worked in the tech industry were emotional shut-ins who you could root for. Now those days are gone. You're pissing off an entire city."

The double-barreled critique called to mind the White House Correspondents' Dinner in 2006, when Stephen Colbert pounded the D.C. media and President George W. Bush in a confrontational address that left many people agog at its pointedness.

This was Oliver's second time hosting the Crunchie Awards, which are awarded annually by the website Tech Crunch to high flyers in the tech industry.

Watch a highlight reel of Oliver's remarks, embedded below: