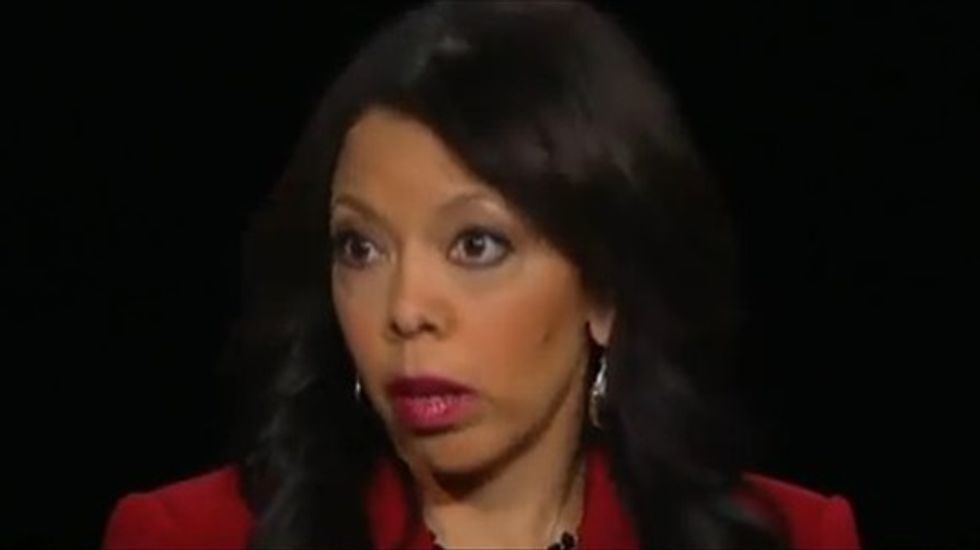 The parents of slain Florida teenager Jordan Davis criticized one of the jurors in the trial of their son's killer in an interview with CNN host Anderson Cooper on Thursday night, following the jurors' first public comments since the Feb. 15 verdict.

"I don't think she's being genuine," Ron Davis said of Creshuna Miles, who identified herself as "juror No. 8" in the trial of Michael Dunn. "For her as an African-American female to go into this case, with this type of evidence, with this type of rage, with [Dunn] saying, 'Thug music'? How can you as a juror not think that this was about race?"

In a separate interview, Miles told CNN, "I never once thought about, 'Oh, this was a black kid, this was a white guy,'" saying she wanted to bring justice to the case. She stated that she felt Dunn was guilty of second-degree murder, but not first-degree murder. However, she did not indicate whether she voted to convict Dunn.

The jury deadlocked on first-degree murder charges while ruling him guilty on three counts of attempted murder for shooting at three of Davis' friends inside a vehicle in November 2012. But Miles denied the possibility that Dunn, a white male, had gotten away with murder.

"They should knowledge themselves on the law," Miles was quoted as saying.

"Do you think she is naive to say that this isn't about race, or that race wasn't involved?" Cooper asked the couple.

"I think she didn't want it to be about race," Jordan Davis' mother, Lucia McBath, answered. "I think she really hoped that that was not an element of it. But it's always been an element of what happened in our case."

"If she thought he was a nice guy, that tells me she wasn't paying attention to the testimony," Ron Davis said. "Miss Rower testified, he never said that there was a weapon in the car. No gun, no stick, bottle, anything. And he drove to the hotel, ate pizza. Drove home the next day. Not one time did he say there was a weapon, and who would do that?"

CNN also reported that another juror, who identified herself as Valerie, said the vote on the murder charges against Dunn went from 10-2 in favor of a conviction to 9-3 over the course of the 30-hour deliberation period.

"I believed he was guilty," Valerie was quoted as saying.

Watch Cooper's interview with Jordan Davis' parents, as aired on Thursday, below.