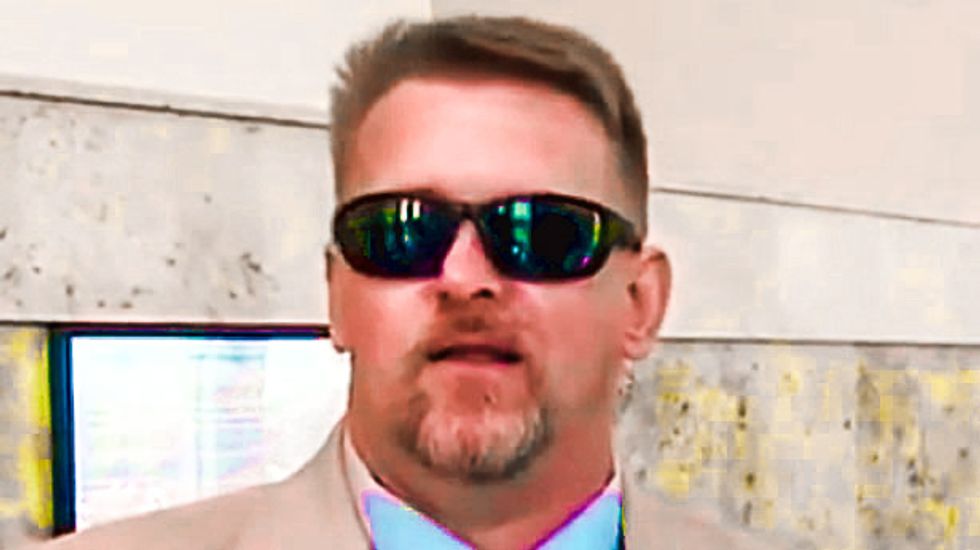 John Wayne Rogers, a blind man acquitted of killing his friend James Dewitt under Florida's "Stand Your Ground" statute, successfully sued the state to have his guns returned to him.

Prosecutors had charged Rogers with first-degree murder in the 2012 shooting death of his house guest and drinking companion, James DeWitt. Rogers's attorneys contended that he was a blind man defending himself from a drunken guest, but the prosecution had witnesses willing to testify that Rogers can see.

Rogers claimed that he asked Dewitt and DeWitt's girlfriend, Christina Ann Robertson, to leave after the trio returned from a 10 a.m. beer run. DeWitt refused, Rogers testified, so Rogers went into his bedroom and retrieved his rifle. When he returned to the living room, DeWitt charged him, and Rogers shot him in the chest.

DeWitt's girlfriend, Robertson, told Seminole County deputies that the two men had been "play fighting" when Rogers shot him.

Rogers, who was blinded in a work-related accident in 2001, has an extensive history of violence. In 2010, following another night of drinking, Rogers shot at his cousin and roommate, Michael Rogers, 15 times with a handgun. Michael Rogers was not shot, and John Rogers eventually plead no contest to one count of unlawfully displaying a firearm, for which he was placed on probation.

That probation was revoked when, in 2011, he punched a woman, which led to him spending 71 days in jail on domestic violence charges.

Despite this history, Rogers convinced the man who granted his "Stand Your Ground" motion, Judge Galluzzo, that the state had no right to keep his confiscated weapons.

"It's my constitutional right," Rogers said. "I wasn't carrying these firearms around. I was in my house on a private road in Geneva out of the way."

Judge Galluzzo agreed, saying that "I have to return property that was taken under the circumstance. I have researched and haven't found case law to say otherwise." He ordered the return of the 10 millimeter Glock that Rogers had used to shoot at his cousin, Michael, and the hunting rifle with which he shot James DeWitt.

The judge did, however, order that all the confiscated ammunition be destroyed, claiming that it was "too old and dangerous."

Watch WESH Orlando's report on the return of the guns here.