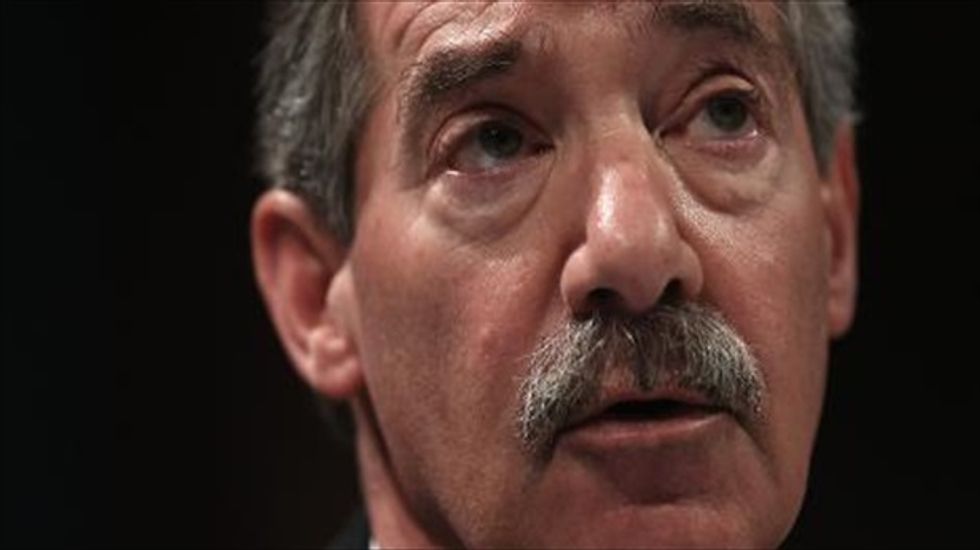 A US official acknowledged Tuesday that the NSA likely scoops up data on congressional phone communications, but stopped short of saying whether such action extends to calls made by President Barack Obama.

The tense exchange occurred during a hearing on the status of the administration's reforms of the secret, bulk data collection program exposed last year by former National Security Agency contractor Edward Snowden.

Deputy Attorney General James Cole, testifying before the House Judiciary Committee, hesitated when asked whether the controversial NSA program that gathers the numbers, call times and lengths of virtually every US phone call extended to communications by members of Congress and executive branch officials.

Congressman Darrell Issa, a House Republican known for his staunch criticism of the Obama White House, asked specifically whether the program was scooping up information from "202-225-and four digits" -- the phone exchange for House of Representatives offices.

"Without going specifically, probably we do, congressman," Cole said.

Issa then asked whether the president's phone calls were targeted by the program.

"I believe every phone number that is with the providers that get those orders comes in under the scope of that order," Cole said, without clarifying whether the president's phones fall within such an order.

Cole agreed to get back to Issa with clarification, to which Issa responded: "Especially if he (Obama) calls Chancellor Merkel."

The remark was an apparent swipe at charges that the NSA had been listening in on the telephones of several world leaders including Germany's Angela Merkel, who told Obama in October that such action would be a "breach of trust" between two allies.

The hearing comes amid growing congressional and public concern over the scope of domestic intelligence gathering.

Members of the panel warned the Obama administration to swiftly reform the NSA's bulk data collection program or risk losing overall authority to conduct such surveillance.

Congressman James Sensenbrenner, a primary author of the counter-terrorism Patriot Act that followed the attacks of September 11, 2001, said it was a "shock" to learn how it was being used to justify a vast operation to hoover up telephone metadata.

"If the bulk collection program was debated by the Congress... it never would have been approved," Sensenbrenner said.

The section of the law used to justify the program "sunsets" in June 2015, and with bipartisan congressional opposition to bulk data collection mounting, Sensenbrenner and others suggested it would not be re-authorized without a major overhaul.

"Unless Section 215 is fixed, Mr. Cole, you in the intelligence community will end up getting nothing, because there are not enough votes in Congress" to pass it.

Liberal John Conyers, the panel's top Democrat, appeared to side with Sensenbrenner, saying "consensus is growing that this metadata program is ineffective."

But he warned that allowing all of Section 215 to expire would "lose valuable counter-terrorism tools along with the surveillance programs many of us find objectionable."

Obama last month said the administration was considering reforming the program by shifting metadata storage from the government to the telephone companies or a third party.

A key question though is whether such reforms are too late. Last year the House came just 12 votes shy of defunding the NSA surveillance program, and there is pending legislation in the House and Senate that would scrap the program altogether.

House Judiciary chairman Bob Goodlatte warned that transferring storage to private companies "could raise more privacy concerns than it solves" and impede efforts by the intelligence community to connect the dots on possible terrorism cases.

But he called for rapid action on reform, saying many in Congress were "chomping at the bit to move forward" on legislation curtailing the spying program.