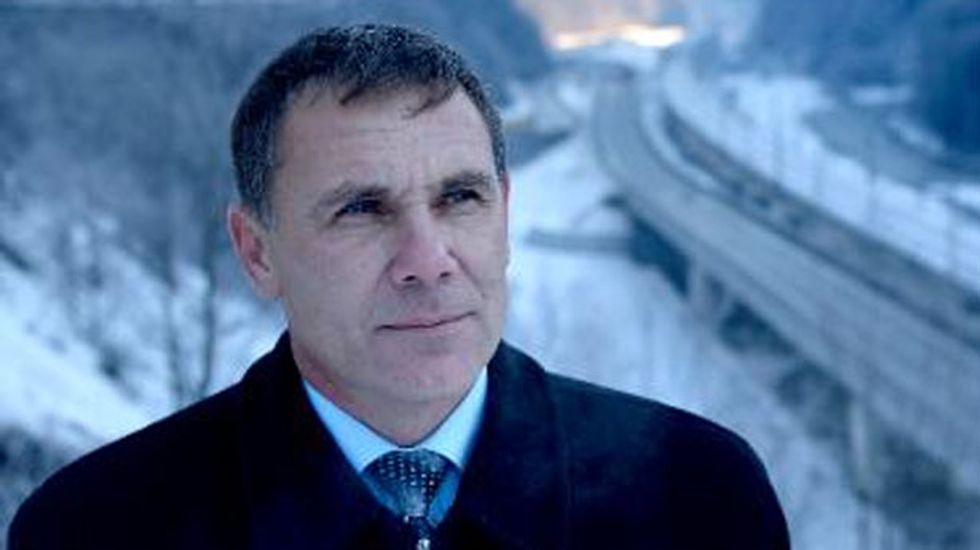 A Russian court on Monday detained for 15 days a leading environmental critic of the Sochi Olympic Games, ostensibly for "swearing" in a public place, his ecological group said.

Yevgeny Vitishko, a geologist and activist with the group Environmental Watch on the Northern Caucasus (EWNC), has been one of the most vehement critics of the damage to the environment caused by the Sochi Olympics.

Vitishko is already awaiting the outcome later this month for his appeal in a separate case in which has has been ordered to serve a three-year penal colony term on controversial vandalism charges. If the sentence is confirmed, he will have serve the term in prison.

But in a new case, Vitishko was detained earlier Monday in the resort of Tuapse just to the north of Olympic Games host Sochi on administrative charges of petty hooliganism.

"He was accused of swearing on public transport which can lead to an arrest for 15 days," the EWNC said in a statement.

Lawyer Alexander Popkov subsequently told AFP by telephone that Vitishko has already been handed a 15 day term by a Tuapse court, meaning that he will be behind bars for the Olympics opening ceremony on February 7.

"Of course it is linked to the Olympics," Popkov said of the arrest.

Amnesty International condemned the arrest as part of a crackdown on civil society ahead of the Olympics.

"By trying to lock him up as a 'petty hooligan' the authorities are trying to gag him," its Europe and Central Asia deputy director Denis Krivosheev said in a statement.