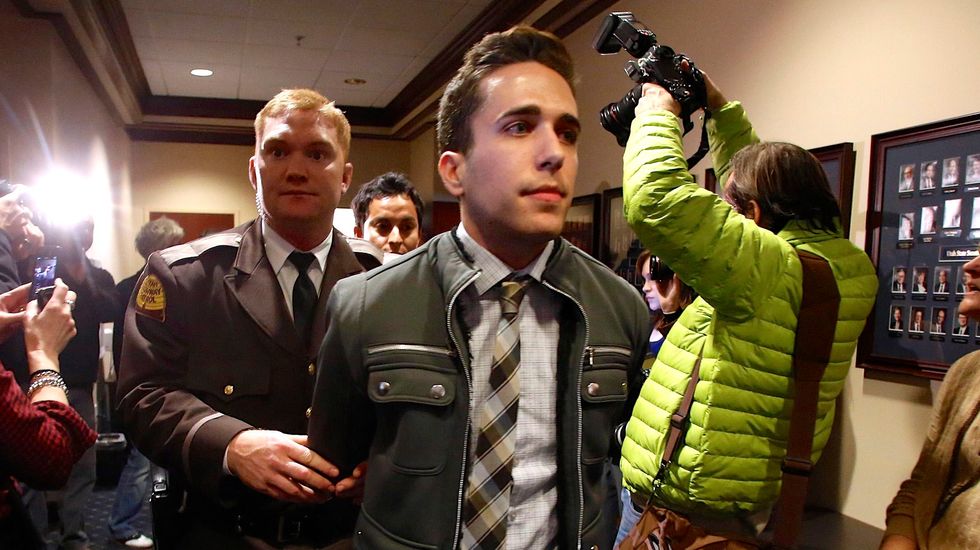 Thirteen Utah gay rights activists were arrested on Monday at the state Capitol after a sit-in to demand lawmakers hear a bill barring housing and job discrimination based on sexual orientation, authorities said.

About 20 activists, buoyed by a court ruling that briefly legalized same-sex marriage in the conservative state, had blocked access to part of the Capitol. They said they would not leave unless the Utah Senate president ensured the bill would get a hearing.

"For five years, the Utah legislature has refused to hear a non-discrimination bill. We're tired of their excuses, we're tired of the delays," organizer Troy Williams said as the protest started outside the governor's office.

Thirteen of the activists were arrested after they moved their protest to the doorway of a Senate committee hearing and blocked entry to the room. They were being held on suspicion of disorderly conduct, according to Utah Department of Public Safety spokesman Dwayne Baird.

The protesters were released about six hours after the arrests. They were greeted outside the jail by some two dozen supporters who cheered and snapped cell phone camera photos of the group.

"This is the proudest day of my life," said protester Donna Weinholtz said, after praising freedom and democracy.

The protest came after heavily Mormon Utah temporarily became the 18th U.S. state to legalize gay marriage when a federal judge overturned a state ban on same-sex nuptials as unconstitutional in December.

That ruling was put on hold by the U.S. Supreme Court, but not before about 1,400 gay couples tied the knot.

The bill activists were seeking to have heard at the state legislature, which includes a religious exemption for churches, would make it illegal to use sexual orientation as a justification for discrimination in job and housing issues.

Similar legislation has been passed by local governments in more than a dozen Utah cities over the past five years. Salt Lake City's ordinance, the first to pass, had the backing of the conservative Mormon church.

State lawmakers have refused to hear or advance the anti-discrimination bill in each of the past five legislative sessions. A week ago, Republican lawmakers decided against considering the bill for a sixth time after Utah's attorney general said it could affect the outcome of the gay marriage case at the 10th Circuit Court of Appeals in Denver.

Also on Monday, Christian, Catholic and Mormon groups asked the Denver-based court to uphold same-sex marriage bans in Utah and Oklahoma, arguing in part that male-female unions provide a better environment for child-raising, a brief says.

A federal judge in Oklahoma overturned that state's ban on same-sex marriages in January.

During Monday's protest, bill sponsor Senator Steve Urquhart, a Republican, shuttled messages between activists and state Senate President Wayne Niederhauser, also a Republican, in hopes of finding an amicable end to the stalemate.

Before they were arrested, activists turned down a request to leave the Capitol in exchange for a closed-door meeting with the Senate president later in the day and an offer for a town hall-style meeting next week with legislators.

Senator Jim Dabakis, a Salt Lake City Democrat who married his partner of more than 27 years in December, applauded the activists for pushing to restart a debate of the bill.

"The dialogue is back on the table now and that's where it should be," he said.