Maher: Why are old people angry when they're getting all the money and having all the sex 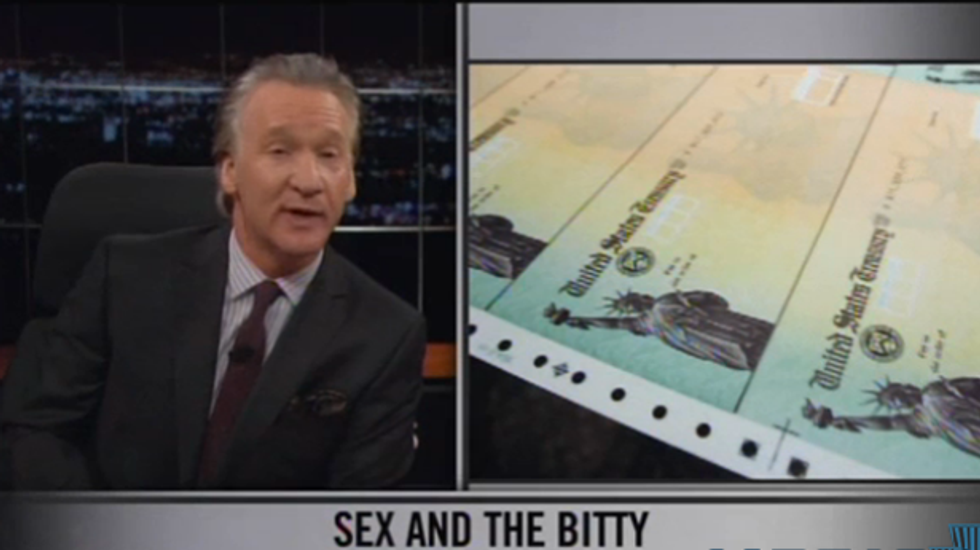 Friday night on "Real Time", host Bill Maher pointed out that America is in the throes of "a war between the young and the old" and that the old are winning.

"When it comes to meeting the needs of our seniors, money is no object." Maher then cited last month's Inspector General's report that showed that, between 2006 and 2011, Medicare spent "...over $172 million of taxpayer money on penis pumps. Because nobody wants to get all worked up only to go limp when the big moment arrives. Just ask the Denver Broncos "

Turning to entitlements, and "takers and the makers", Maher referred to an article in the current issue of Harper's that shows the federal yearly spending per child in America at $822 and compared it to the $25,455 spent on each senior.

"Let's not kid ourselves where our tax dollars go. It goes to grandma, because she votes and young people don't and that is why, when seniors say 'jump', Uncle Sam says 'How about a free penis pump?'"

Maher then goes on to discuss the rising tide of senior sex, and accompanying STD's in America.