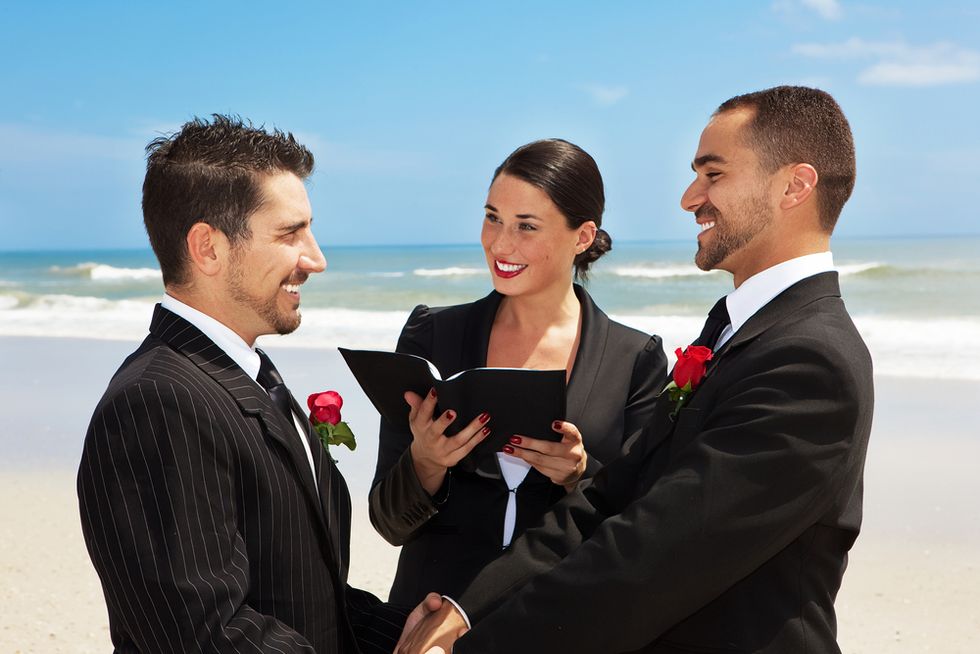 WASHINGTON (Reuters) - Support for gay marriage has surged in the United States in the decade since it first became legal in Massachusetts, with just over half of Americans now supporting the idea, according to a survey released on Wednesday.

The survey on attitudes towards lesbian, gay, bisexual and transgender people comes as U.S. lawmakers and courts are increasingly allowing same-sex couples to wed.

Some 53 percent of the 4,509 Americans surveyed by the Public Religion Research Institute said they supported gay marriage, up from 32 percent in 2003, when Massachusetts became the first state to legalize it.

Seventeen states and the District of Columbia recognize gay marriage, with bans overturned in several states after the U.S. Supreme Court ruled in June that legally married same-sex couples were eligible for federal benefits.

Fewer Americans who describe themselves as religious oppose same-sex marriages, the survey found. Negative church teachings or treatment of gay couples was cited by 31 percent of millennials, or people 18 to 33, as a major factor in leaving their childhood religion.

"This new research provides further evidence that negative teachings on this issue have hurt churches' ability to attract and retain young people," said Robert Jones, chief executive of the institute.

Jews were most likely to support gay marriage, with 83 percent saying they did so, followed by 58 percent of white Roman Catholics and 56 percent of Hispanic Catholics. Among Hispanic Protestants, 46 percent favor allowing gay and lesbian couples to marry and 49 percent oppose it.

The survey also underscored misconceptions about gay rights. Only 15 percent of Americans correctly said that it is legal to refuse to hire someone because he or she is lesbian, gay, bisexual and transgender.

Those polled also overestimate the size of the LGBT population, with a median estimate of 20 percent. Just 14 percent of Americans accurately say that it was 5 percent or less.

Among the U.S. regions, majorities in the Northeast, West and Midwest favor letting gay and lesbian couples marry. Southerners are split, with 48 percent opposing it and 48 percent favoring it.

In an effort to kick-start same-sex marriage in the South, Freedom to Marry, an advocacy group, launched a $1 million campaign on Monday to build support for it in the region.

None of the 17 U.S. states that recognize gay marriage are located in the Southeast, where several states still have bans on the practice in their state constitutions.

Since mid-December, federal judges have ruled bans on same-sex marriage in Oklahoma, Utah and Virginia unconstitutional. Those decisions have been stayed pending appeals.

The survey was carried out between November 12 and December 18, 2013, and was funded by the Ford Foundation. The margin of error is 1.7 percentage points.