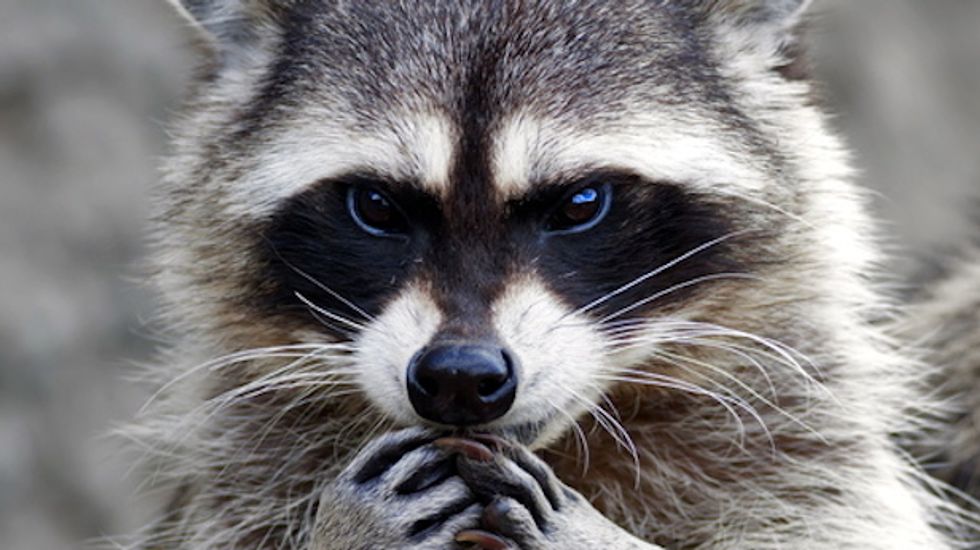 A Massachusetts woman was hospitalized Wednesday after she was attacked in her own bed by a raccoon she had mistaken for her cat.

The 73-year-old Hingham woman said she felt an animal jump onto her bed and reached out to pet what she expected to be her cat, reported the Patriot Ledger.

Instead, she was bitten and scratched on her face and hands by a raccoon that apparently came into the house through a small cat door.

The woman chased the raccoon out of her bedroom, shut the door and called police.

A state Environmental Police officer who happened to be nearby responded to the call and killed the animal, which was tested for rabies, although test results have not yet been released.

Animal control Officer Leslie Badger said it’s unusual for raccoons to enter homes, which leads her to believe the animal had rabies or had possibly been fed by humans in the past.

"People need to understand that you can't feed these animals," Badger said. "It turns into a situation for someone else that has no idea."

The woman, whose name was not released, was treated for non-life-threatening injuries.

Her cat was found unharmed.

[Image: The head and hands of a cute and cuddly raccoon, that can be very dangerous beast via Shutterstock]