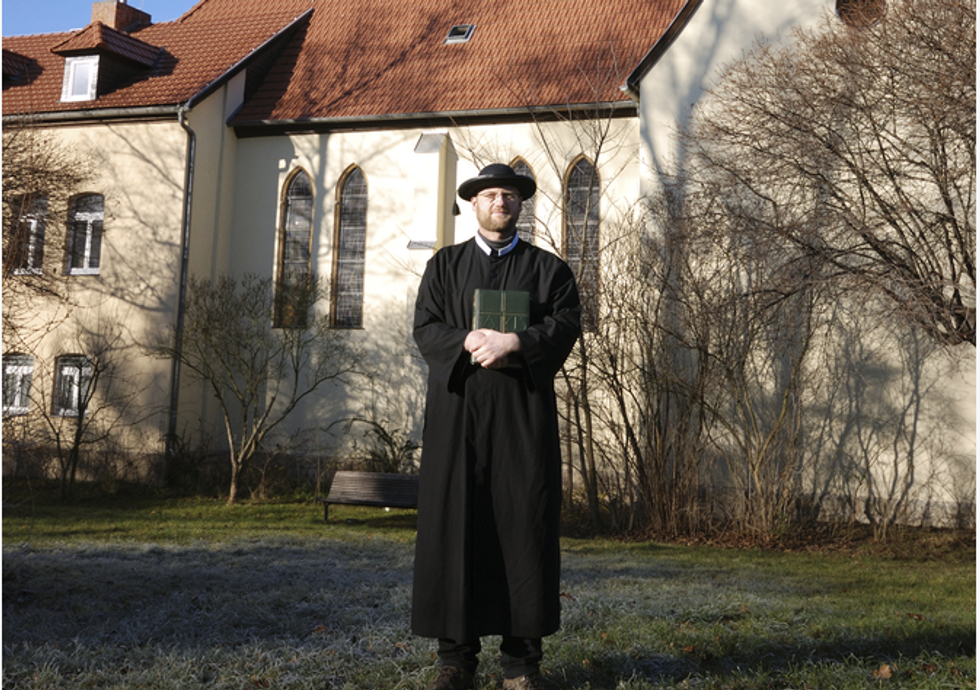 A Golden Valley, Minnesota high school has been warned by the American Humanist Association to discontinue its field trips to a local Lutheran church. According to Minneapolis' StarTribune.com, lawyers for the group warned the Robbinsdale School District by letter that sending public school students to a church to do charity work for a religious group is a violation of the constitutional separation of church and state.

On a so-called "field trip" in 2013, students of Golden Valley's School of Engineering and the Arts assembled food baskets for the Christian charity Feed My Starving Children at Calvary Lutheran Church. The packaged meals were to be sent to Haiti to feed people still struggling after that country's historic earthquake in 2010.

The family of one student complained to the school district, but the complaint was reportedly ignored.

A statement on the Appigani Humanist Center's website said, "A Minnesota public school is being warned by the American Humanist Association’s Appignani Humanist Legal Center to stop sending students on unconstitutional field trips to a nearby Christian church to create 'manna' packages for a Christian nonprofit group. The letter was sent today by the Appignani Humanist Legal Center (AHLC) to the administrators of the School of Engineering and Arts in Golden Valley, MN, Principal Kim Hiel and Executive Director of Academics Lori Simon after the AHLC was alerted to the violation by a family enrolled in the suburban Minneapolis school. The letter asserts that the 'school has quite clearly violated the Establishment Clause by directing students to attend a pervasively Christian, proselytizing environment.'"

Monica Miller, an attorney for the Humanist Legal Center told the Star-Tribune that the group in no way intends to denigrate the school's effort to feed the hungry, saying, "Very importantly, we fully understand that at least one purpose of this field trip was to have the children participate in charity work intended to assist poverty stricken people. Such good intentions, however, can be pursued in innumerable other ways that do not involve immersing the unsuspecting children into a theologically-charged environment."

Letisha Gray, a school district spokesperson, told the newspaper that since no efforts had been made to recruit the students into Christianity, the district was within the law.

"There was absolutely no proselytizing," she insisted.

The letter asked for a reply from the school district within two weeks guaranteeing that it will no longer send children "to a religious environment to work on a religious mission with a religious organization."

[image of pastor standing outside church via Shutterstock.com]