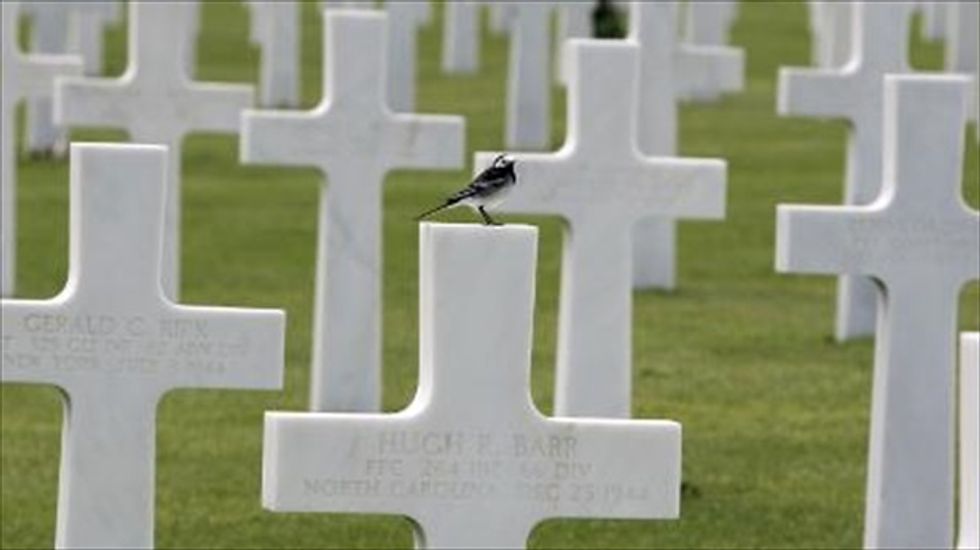 Nearly 300 American veterans of the World War II D-Day landings plan to attend ceremonies in France this year marking the 70th anniversary of the largest amphibious military operation in history.

Lodging and transport to the beaches of Normandy will be covered by the French government, the country's minister of veterans, Kader Arif, said during a visit to Washington.

"The organization is starting to be put in place," said Arif a day after President Barack Obama hosted French President Francois Hollande at the White House for a lavish state dinner.

Paris wanted to honor the role of the American soldiers who "died on the beaches of France in the name of liberty," he said.

The elderly veterans, including six who Hollande decorated with the Legion of Honor on Tuesday, are all in their late 80s or 90s.

The age of the former soldiers makes the commemoration this year particularly important, he said, as it will be the last chance to have large numbers of veterans in attendance.

Obama announced Tuesday that he will attend the 70th anniversary of the June 6 Allied landings that liberated France from the Nazi German occupation.

Britain's Queen Elizabeth II also is due to attend in a three-day state visit to France.

Russian President Vladimir Putin has accepted an invitation from the French president to attend as well, Arif said.

About 650 US military service members will participate in the June ceremonies that will last several days.

The commemorations will include a ceremonial parachute drop by up to 700 troops from the United States, Britain, France and the Netherlands over the storied Sainte-Mere church in Normandy.

The grand finale will come on June 6 where heads of state will gather at Sword Beach, stretching from Ouistreham to Sant-Aubin-sur-Mer, where British troops and Free French commandos landed.

More than five million people are expected to attend the anniversary ceremonies.