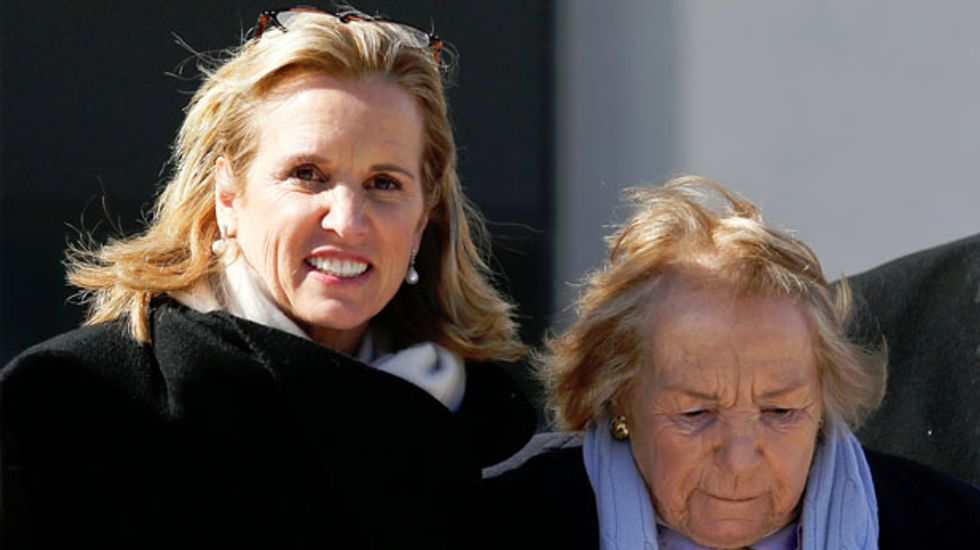 WHITE PLAINS, New York (Reuters) - It took a jury less than hour to find the daughter of slain U.S. Senator Robert F. Kennedy not criminally liable for sideswiping a tractor-trailer while driving on a suburban New York highway, after mistakenly taking a sleeping pill.

After a four-day trial, the six-member jury quickly found Kerry Kennedy not guilty of driving while impaired by drugs. On July 13, 2012, she took the sleeping pill zolpidem, known by the brand name Ambien, rather than her usual thyroid medication before getting behind the wheel of her silver Lexus.

"I'm incredibly grateful to the jury for working so hard on this case, and to my lawyers, and to my family and friends and so many other people who supported me," Kennedy, 54, told reporters after the verdict was read at Westchester County Court in White Plains, New York.

Nobody was injured in the 2012 accident, during which Kennedy drove for more than five miles (eight km) at high speed, swerving into other lanes and the medians on both sides of the highway before striking the truck, then leaving the scene of the accident.

Police found her passed out over the steering wheel and one officer suspected she might have suffered a seizure.

It was unusual to hold a full jury trial for the unclassified misdemeanor charge, and Kennedy's attorney suggested she was prosecuted in part because of her wealth and status as a member of one of the United States' most storied political families.

"It was so obvious this was an accident," defense attorney Gerald Lefcourt said of the charge after the verdict. He said he had wondered why the prosecution went ahead, adding, "Was it because of who the defendant was?"

Prosecutors had conceded during the four-day trial that Kennedy had not intended to take the sleeping pill, but maintained that she must have become aware of having done so at some point during her drive and that failing to get off the road was a criminal mistake.

The district attorney denied that Kennedy had been singled out for special treatment.

"We prosecute 2,500 impaired driving cases annually in Westchester County. This case was treated no differently from any of the others," said Lucian Chalfen, a spokesman for the Westchester County District Attorney. "The jury heard all the evidence in this case, and we respect their verdict."

A toxicology expert testified during the trial that the sleeping pill takes effect so quickly that Kennedy could have been sleep driving and unaware of her actions.

Kennedy testified that she had no clear memory of the incident and that, if she had realized her mistake, she would not have continued to drive.

Diane Neal, a family friend and actress on the television show "Law & Order," was in court for much of week and called the not guilty verdict "the best news ever."