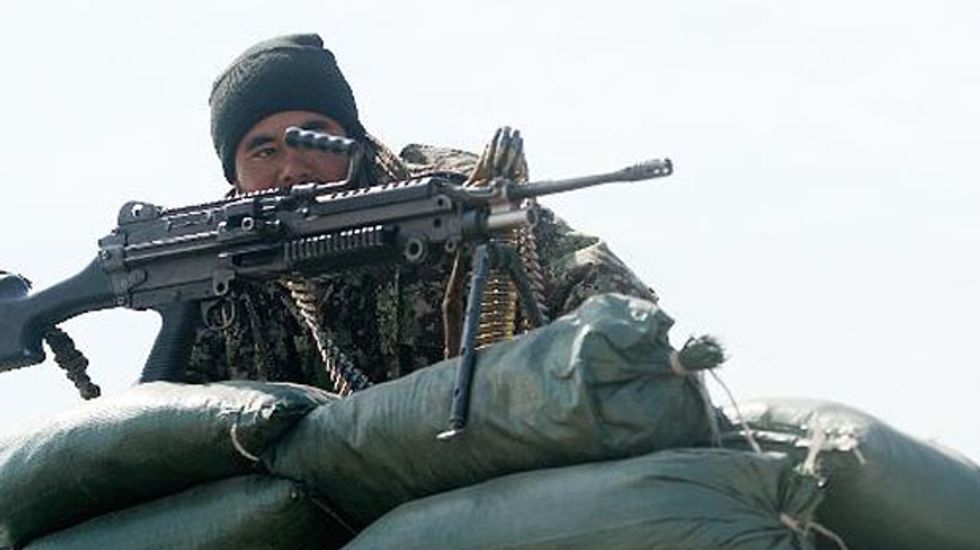 President Barack Obama told his Afghan counterpart Hamid Karzai on Tuesday he is now planning a full US troop withdrawal, but did not rule out a deal on a post-2014 mission with the next Kabul government.

Obama told Karzai by telephone that, since the Afghan leader had refused to sign a Bilateral Security Agreement (BSA) with Washington, the Pentagon has little option but to plan for a full pullout, the White House said.

"President Obama told President Karzai that because he has demonstrated that it is unlikely that he will sign the BSA, the United States is moving forward with additional contingency planning," the statement said.

"Specifically, President Obama has asked the Pentagon to ensure that it has adequate plans in place to accomplish an orderly withdrawal by the end of the year should the United States not keep any troops in Afghanistan after 2014."

The White House has previously warned that Karzai's intransigence on a deal painstakingly negotiated last year meant that it must start the complicated process of planning a full withdrawal.

Though Karzai has refused to sign the BSA, which offers legal protections for US troops and defines a post-2014 NATO training and anti-terror mission, some of the candidates in April's Afghan elections have indicated they would sign it.

The statement said that Obama was reserving the "possibility of concluding a BSA with Afghanistan later this year," should he find a willing partner in the Afghan government.

It was the most concrete sign yet that Washington may be willing to wait out the Afghan electoral process before making a final decision on Afghanistan's future.

However, the statement warned "the longer we go without a BSA, the more challenging it will be to plan and execute any US mission," the White House warned.

"Furthermore, the longer we go without a BSA, the more likely it will be that any post-2014 US mission will be smaller in scale and ambition."

The statement clearly implied that Karzai's behavior, and his desire to wield authority in the dying months of his mandate would harm his nation's security long into the future.

The row over the BSA is just the latest twist in the long and deteriorating relationship between Washington and the mercurial Karzai, who was once seen as a savior after the toppling of the Taliban but is now universally viewed as unreliable and unpredictable.