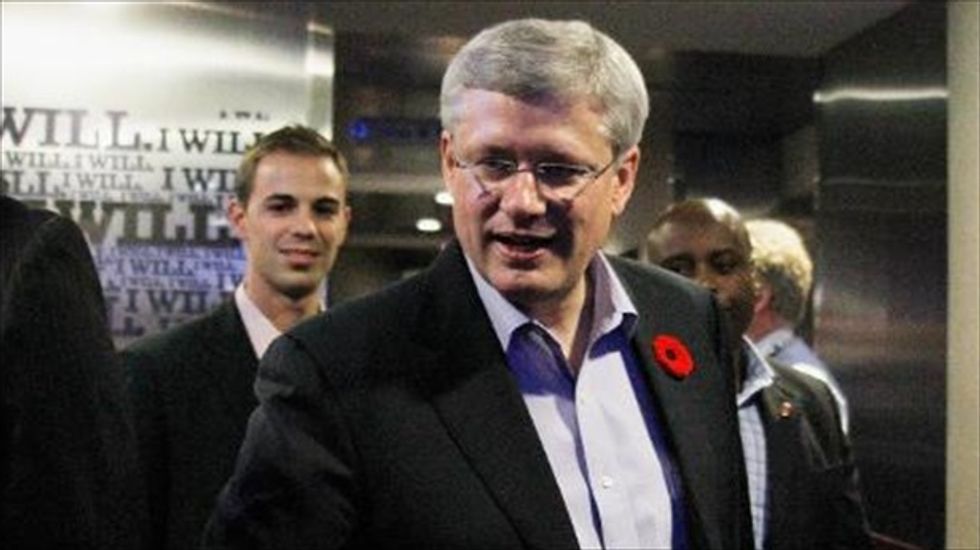 When Canadian Prime Minister Stephen Harper visits Mexico this week for a summit of North American leaders, one of his key objectives will be to push for US approval of a controversial oil pipeline.

The Keystone XL project -- first proposed back in 2008 -- would bring crude from Canada's oil sands in Alberta across the US Midwest to Texas, via a pipeline stretching 1,179 miles (1,897 kilometers).

The project has pitted environmental groups against the oil industry, which has argued that it will bring much-needed jobs to the United States and help fulfill the US goal of energy self-sufficiency.

It also has caused strains in relations between Ottawa and Washington. The United States has to approve some 875 miles of the new route.

Harper's meeting with US President Barack Obama on Wednesday in the Mexican city of Toluca will be their first face-to-face talks since September, at a summit in Russia.

The Canadian prime minister -- who will be accompanied by his trade, natural resources and public safety ministers -- has said the Keystone XL pipeline is crucial for his country's economic prosperity.

And he has expressed deep frustration that six years after it was first proposed, oil giant TransCanada's US$5.3 billion project remains in limbo.

But he is unlikely to quickly sway the US leader, who faces opposition from environmentalists within his Democratic party. The United States has also increased its own oil production, making supplies from Canada less vital.

When Obama, Harper and Mexican President Enrique Pena Nieto meet in Toluca, energy and the environment will be on the shared agenda, but the future of the Keystone project is paramount for Canada, America's neighbor and largest trading partner.

Last month, the US State Department issued a long-awaited review of the project, saying it would have little impact on climate change or the environment. But the report stopped short of making a recommendation.

Canada -- which currently ships nearly all of its oil to the United States -- sees US hesitation on Keystone as abandoning a longstanding energy relationship that has given Ottawa preferred market access.

Harper took a shot across the bow in January 2012, vowing to seek out new markets for Canadian oil, and stressed this new "key priority" during a visit to Beijing the following month.

Harper has signalled he is willing to give Obama some political cover by matching regulations to curb climate change, but he said Canada will not move unilaterally to cut carbon emissions.

Harper's Conservative government, meanwhile, has been openly working with US Republicans in Congress to up the pressure on Obama.

US House Speaker John Boehner, who claims Keystone would create some 100,000 American jobs, said allowing the decision to languish was "economic malpractice."

Obama is expected to announce a decision on Keystone in the coming months.

Harper has said a nod for the pipeline is inevitable, and recently told a US audience he "won't take no for an answer."

But Jim Prentice, a former Canadian industry and environmental minister seen as a potential successor to Harper, said approval might have to wait until after Obama leaves office.

He added that Canada must have secured access to new markets with the construction of a separate pipeline from Alberta to the Pacific Coast by then.

That project, as well as a pan-Canadian pipeline to the Atlantic Coast, were proposed after the initial Keystone delays, and are awaiting government approval.

"We need to be a forceful partner with alternative (markets), so that we're not dependent and supplicant to a US marketplace that is over-supplied," Prentice recently told the Economic Club of Canada.

Waiting for the next administration, however, may not yield any better results for Canada.

"The next administration may not be any more supportive as the internal political dynamics are unlikely to change. If Hillary Clinton becomes the next US president, the situation (for Canada) won't improve," Pineau said.

The United States is tapping energy in the ground and offshore thanks to new fracking and drilling technologies, and this is fueling significant production that could put it in competition with Canada for overseas customers.