Obama warns Russia: 'There will be costs for any military intervention in Ukraine' 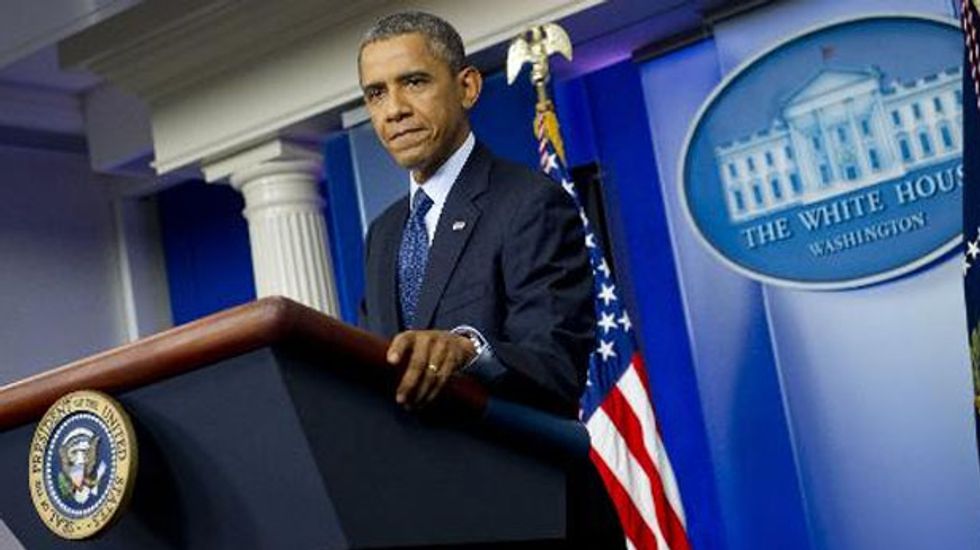 By Steve Holland and Mark Felsenthal

"We are now deeply concerned by reports of military movements taken by the Russian Federation inside of Ukraine," he told reporters.

Obama and European leaders would consider skipping a G8 summit this summer in the Russian city of Sochi if Moscow intervenes militarily in Ukraine, a senior U.S. official said.

"The United States will stand with the international community in affirming that there will be costs for any military intervention in Ukraine," Obama said in the White House briefing room.

Facing yet another confrontation with Putin after butting heads with him over Syria, Obama said any violation of Ukraine's sovereignty and territorial integrity would be "deeply destabilizing."

Obama did not spell out what he meant by Russian military intervention.

Russia has a huge naval base in Ukraine's Crimea Peninsula and says it has the right to move troops in Ukraine under an agreement between the two former Soviet neighbors.

U.S. officials said they saw indications of Russian troop movements into Crimea but that their numbers and intentions were unclear.

The crisis has presented Obama with a difficult challenge days after pro-Western protesters prompted Ukraine's pro-Moscow President Viktor Yanukovich to flee to Russia.

Armed men took control of two airports in the Crimea region in what the new Ukrainian leadership described as an invasion by Moscow's forces, and Yanukovich surfaced in Russia a week after he fled Kiev.

Ukraine fell into political crisis last year when Yanukovich spurned a broad trade deal with the European Union and accepted a $15 billion Russian bailout that is now in question.

A U.S. response to any Russian intervention in Ukraine could include avoiding deeper trade and commerce ties that Moscow is seeking, the senior U.S. official said.