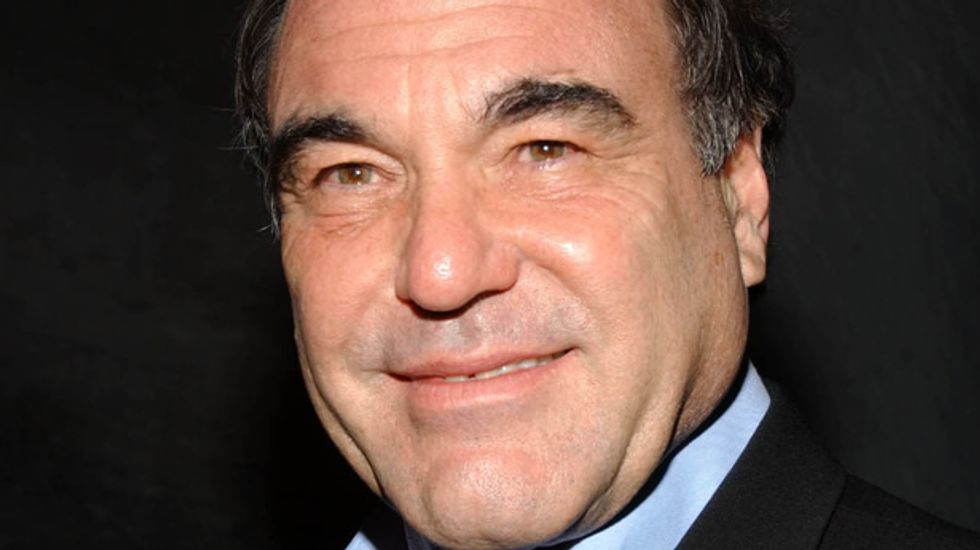 During a Saturday panel at the 2014 Students For Liberty Conference entitled "Imperial Overreach and the National Security State," journalist Jeremy Scahill and director Olive Stone hammered president Obama for abandoning the progressive principles on which he based his 2008 campaign.

According to Stone, Obama "stunned us with his lack of spine." "He's a weak man," Stone said, referring to the president's "expand[ed] warfare state" in which targeted assassinations are routinely carried out.

Scahill -- who founded The Intercept with Glenn Greenwald -- claimed that Obama's "overreach" on military issues has been given a pass by mainstream media outlets. "MSNBC is like a DNC meet-up," he said. "While Fox News is just filled with conspiracies about this Muslim manchurian candidate."

Scahill said that MSNBC's coverage of the assassination of Anwar al-Awlaki's 16-year-old son was particularly galling. "If you watch MSNBC," he said, "they have figured out every possible excuse for why al-Awlaki was killed. Obama has convinced liberals he is fighting a clean war, and Democrats have checked their conscience at the door of the Obama presidency."

"As journalists," Scahill continued, "we should have an adversarial stance towards the state."

Because "when it comes to national security policy, we only have one party: The war party."

Watch video of the panel below.