One million babies a year die within 24 hours, according to new report 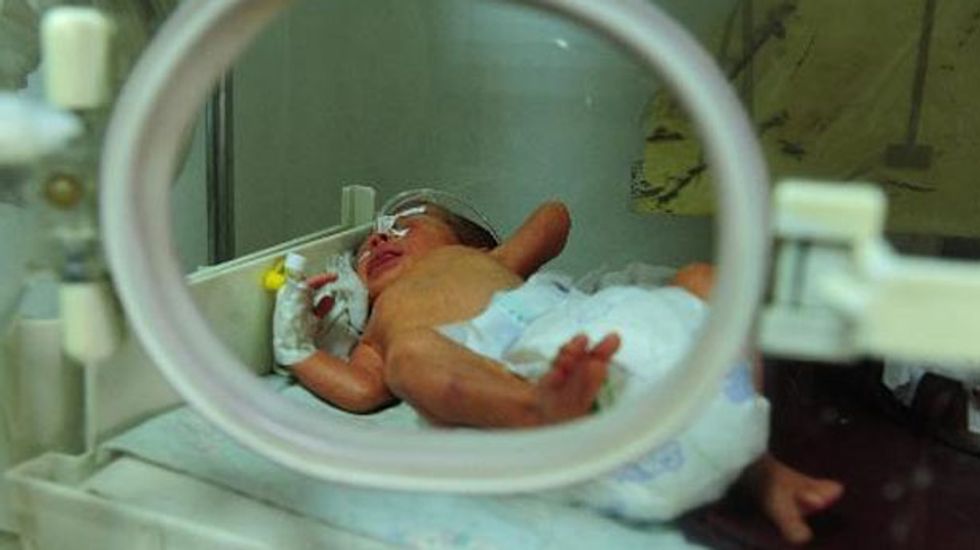 A million newborn babies a year die within 24 hours, charity Save the Children said in a report out Tuesday which urged governments to tackle preventable deaths.

The report by the British-based organisation said 6.6 million children around the world died in 2012 before their fifth birthday, mostly from preventable causes.

The number has almost halved from the 12.6 million in 1990, but there remains a "deplorable problem of lack of attention to babies in their first days of life", the aid organisation said.

In its report, entitled "Ending Newborn Deaths", it said one million babies did not survive their first 24 hours of life in 2012.

It said two million babies could be saved each year if preventable newborn mortality was ended.

"Child mortality remains one of the great shames of our modern world. Every day, 18,000 children under five die, and most from preventable causes," the report said.

"Unless we urgently start to tackle deaths among newborn babies, there is a real danger that progress in reducing child deaths could stall and we will fail in our ambition to be the generation that can end all preventable child deaths."

It said the reduction since 1990 had been achieved through immunisation, family planning, better nutrition and treatment of childhood illnesses, as well as improving economies.

In Pakistan, fewer than half of women had a skilled health worker present at birth.

Attempts to improve this have been dogged by "delays in the salary disbursements, 'stock-outs' of medicines, unavailable and dysfunctional equipment, and an unhelpful referral system", the report said.

India had the highest number of first day deaths and stillbirths at 598,038 per year -- a quarter of the 2.2 million lives lost.

"(Indian) states with strong health systems and implementation mechanisms have done exceedingly well compared with others," the report said.

Save the Children, which operates in more than 120 countries, called on world leaders, philanthropists and the private sector to commit to ending preventable newborn deaths.

They said they would present their action plan to government ministers.

Save the Children wants them to ensure that by 2025, every birth is attended by trained and equipped health workers, and user fees for maternal and newborn health services are removed.

They demanded a commitment to spending at least $60 per capita on training maternity workers.

The also urged pharmaceutical companies to increase the availability of products for the poorest new mothers.

"In many cases, small but crucial interventions can save lives in danger. Skilled care during labour could reduce the number of stillbirths during labour by 45 percent and prevent 43 percent of newborn deaths," the report said.