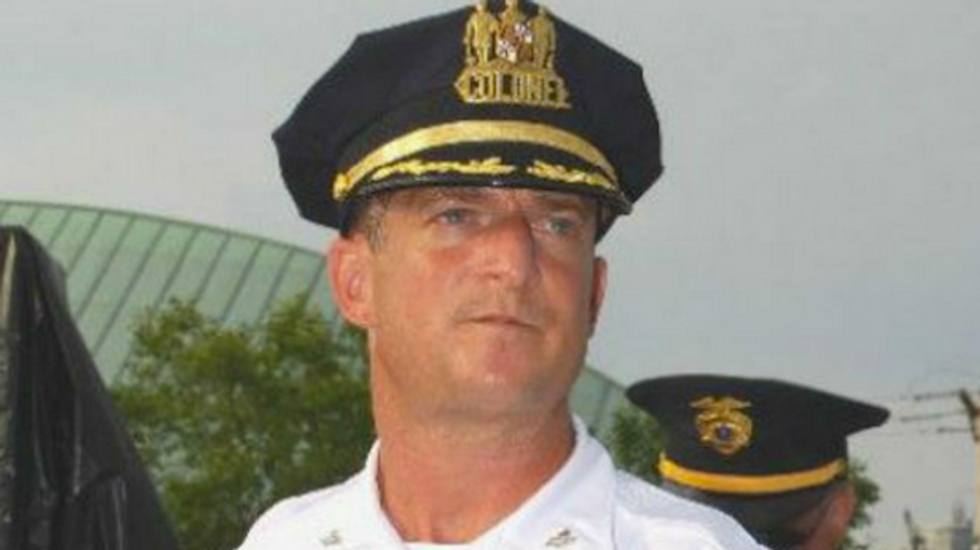 A Maryland police chief cited a satirical story that claimed 37 marijuana fatalities in Colorado during his testimony against bills that would legalize the drug in his own state.

“The first day of legalization, that's when Colorado experienced 37 deaths that day from overdose on marijuana," testified Chief Michael Pristopp, of Annapolis police, during Tuesday's Senate Judicial Proceedings Committee hearing. "I remember the first day it was decriminalized there were 37 deaths."

But state Sen. Jamie Raskin (D-Montgomery) -- who has proposed a bill that would legalize, regulate, and tax the drug – quickly called out the law enforcement officer, reported the Capital Gazette.

"Unless you have some other source for this, I'm afraid I've got to spoil the party here," Raskin said. "Your assertion that 37 people died of a marijuana overdose in Colorado was a hoax on the DailyCurrant and the Comedy Central website."

The Jan. 2 article, “Marijuana Overdoses Kill 37 in Colorado on First Day of Legalization,” was widely shared on social media – including by many readers who were unaware that the site is satirical.

Pristoop immediately backtracked on his claim, saying he’d stand behind his mistake but defended the information he’d provided, and later apologized.

"After conducting additional research, it appears that was not accurate at all," Pristoop said. “I believed at the time that was accurate. But I don't think it takes away from the other facts we presented.”

The police chief also offered an explanation on the department’s Facebook page.

"I apologize for the information I provided concerning the deaths,” Pristoop said in his statement. “I believed the information I obtained was accurate but I now know the story is nothing more than an urban legend.”

Annapolis Mayor Mike Pantelides stood by Pristoop, saying the police chief had likely made a “good faith mistake” because he’s dealt with an increase in heroin deaths recently in his city.

"Clearly when you're constantly dealing with a drug where people overdose, it's probably in your head to think overdoses, drugs," the mayor said. "Again, it could have just been a slip of he said something he shouldn't have."

But most of the Facebook comments in response to the chief’s statement said Pristoop’s testimony had damaged his credibility and was embarrassing.

“He could have talked to a medical expert, or a coroner, or even looked at his own department's statistics, but in his rush to confirm his own biases, this credulous stooge used the first Google result that fit into his pre-conceived narrative,” wrote Ken Stewart. “FAIL.”