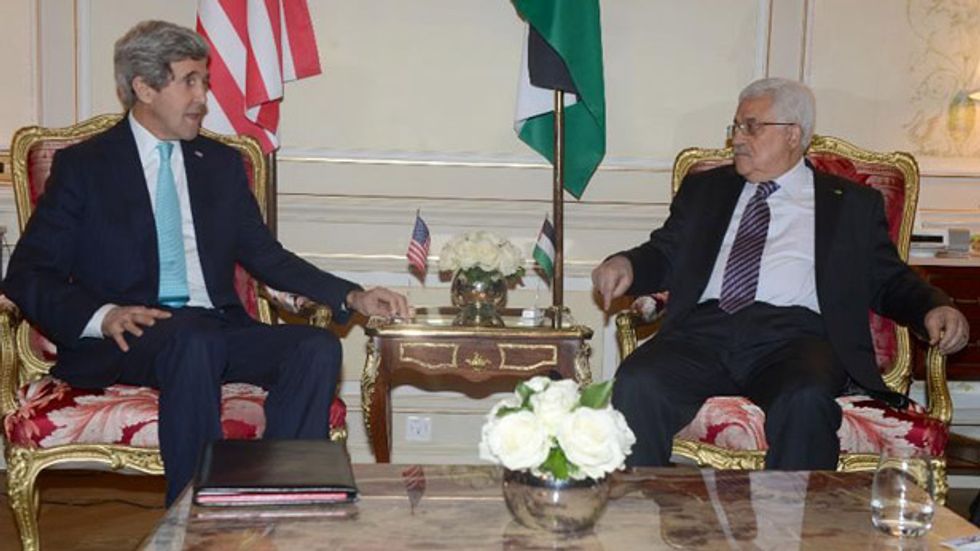 A senior Palestinian official on Thursday rejected US moves to extend an April deadline for nine months of hard-won talks with Israel to culminate in a framework peace deal.

"There is no meaning to prolonging the negotiation, even for one more additional hour, if Israel, represented by its current government, continues to disregard international law," Palestinian chief negotiator Saeb Erakat told AFP.

"If there was a committed partner, we wouldn't even have needed nine hours to reach that deal," he said.

He was responding to comments by US Secretary of State John Kerry who told reporters in Washington on Wednesday that more time would be needed and that he hoped first to agree a framework to guide further talks.

It was Kerry who coaxed the two sides back to the negotiating table in late July, after a three-year hiatus.

"Then we get into the final negotiations. I don't think anybody would worry if there's another nine months, or whatever it's going to be... But that's not defined yet," he said.

Israeli Defence Minister Moshe Yaalon said last month that he expected the timeframe to be lengthened.

"We are now trying to reach a framework to continue negotiations for a period beyond the nine months some thought would suffice for reaching a permanent accord," he said.