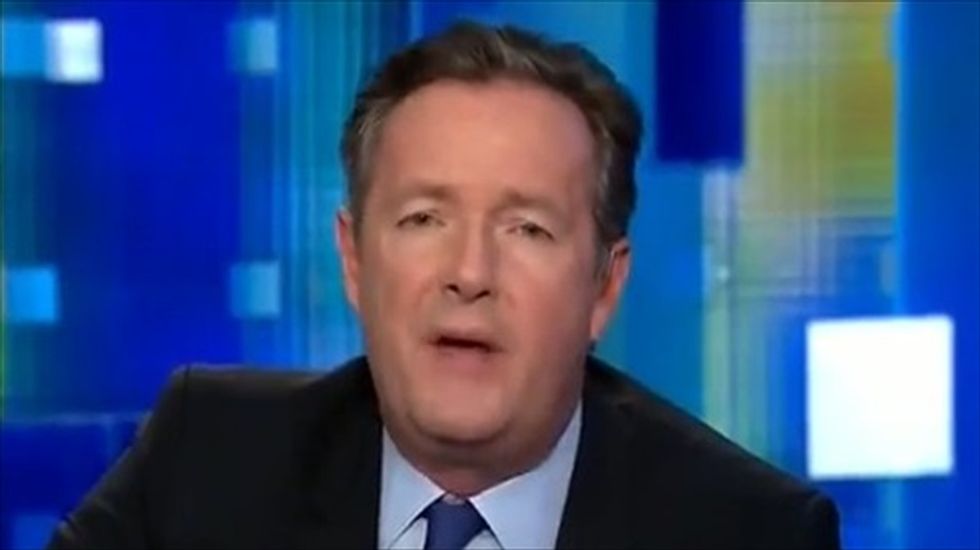 While contentious at times, CNN host Piers Morgan and his panel did achieve a sort-of bipartisan consensus: he and colleagues Ben Ferguson, Nancy Grace and Van Jones all backed the idea of George Zimmerman leaving the public arena.

"Somebody was talking about how he was 'suffering' because he can't live in anonymity," Grace told Morgan. "He doesn't want anonymity. He wants this type of attention. He's living off of it. He's making money off of it."

However, none of the panelists responded to the criticism directed toward their network for airing Zimmerman's Feb. 17 interview with New Day host Chris Cuomo. Nor did they mention the online petition calling for CNN to cancel the interview.

"The more we talk about him and put him on TV, the more money he makes off killing Trayvon Martin," Grace said of Zimmerman. "That's what I'm saying

While Zimmerman told Cuomo he considered himself a victim, Ferguson agreed, slightly.

"I do think he's a victim of his own stupidity at this point," Ferguson said. "This happens to you, and you could say, 'Look, I'm a victim of the obsession of the spotlight on this case.' You might say, 'I'll never live without worrying if someone's going to try and come after me.' But that is the extent of it."

Throughout the discussion, Morgan highlighted excerpts from an online argument he entered with Zimmerman on Monday. At one point, Morgan wrote, "Since you're citing God, try this: 'Thou Shalt Not Kill' - Exodus, 20:13." Later, Zimmerman wrote to Morgan, "Piersie, you will get exactly what you deserve sweet heart [sic]," and also suggested he would sue Morgan.

Jones pointed out that Zimmerman's penchant for citing religion in his public statements is comparable to the type of spiritual development other people go through after a difficult experience.