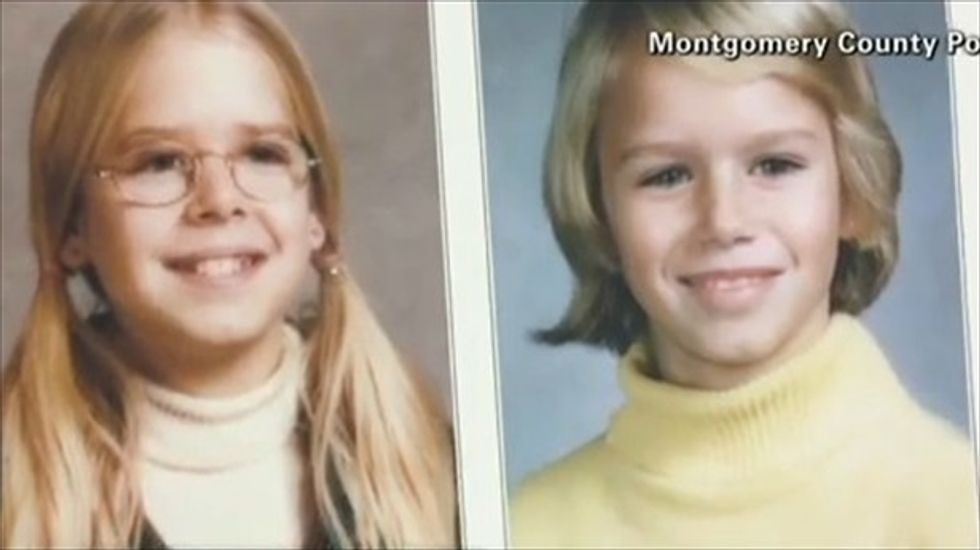 GAITHERSBURG, Maryland (Reuters) - Maryland police on Tuesday named a 57-year-old former carnival ride operator as a person of interest in the case of two young sisters who disappeared while going to see an Easter exhibit at a shopping mall in 1975.

Police are looking for more information on Lloyd Lee Welch, who has been imprisoned since 1997 on child sex-related convictions. They described him at a press conference as a former drifter who worked in carnivals and landscaping in about a dozen states from the 1970s through the 1990s.

Montgomery County Police Chief Tom Manger said the department believes Welch was at the Wheaton Plaza mall, about 5 miles northeast of Bethesda, on March 25, 1975, the day that sisters Katherine and Sheila Lyon, aged 10 and 12, disappeared.

"Based on his criminal past, his convictions, we believe that there may be other cases in these other states, other locations where he was during that time that we may be able to connect him to," Manger told reporters.

Welch has been imprisoned in Delaware since 1997. Manger said that police had recently become interested in his possible involvement in the case, but declined to discuss specifics of what prompted their interest.

Police would not say if they have interviewed Welch.

The disappearance of the two girls, daughters of a local radio personality, set off extensive searches by police and the National Guard. The sisters were last seen by a witness talking to a man at the mall who had a tape recorder inside a briefcase.

"This case shocked our community in 1975 and has never been forgotten by the police department or anyone who followed the case 39 years ago," Manger said.

Police said Welch, who is originally from the Washington, D.C., area and used the aliases "Michael" and "Mike," was "observed paying attention" to the sisters at the mall on the day they disappeared. It is unclear whether Welch's carnival company, which often traveled to malls, had set up at Wheaton Plaza on this day, police said in a statement.

They said Welch had been convicted of raping young girls in Virginia, Delaware and South Carolina.

Investigators are seeking information from anyone who may have had contact with Welch during his travels through states including Maryland, Florida, California, South Carolina, Virginia and Iowa. They are also looking for information about his girlfriend, Helen Craver, an employee of the same carnival company who has since died, and security guards working on the day the girls disappeared.

Police released a composite sketch from March 1975, which shows a man with a mustache and long hair, described as being in his late teens or early 20's. It was drawn from a witness's description of "a man that was following and may have had contact with the Lyon sisters," Manger said.

In a statement released by police, the Lyon family asked for privacy.

"The fact that so many people still care about this case means a great deal to us," the statement read. "We are grateful for any information the public can provide to help bring this story to its conclusion."

Watch a report on the new findings surrounding Welch, as aired on CNN on Wednesday, below.