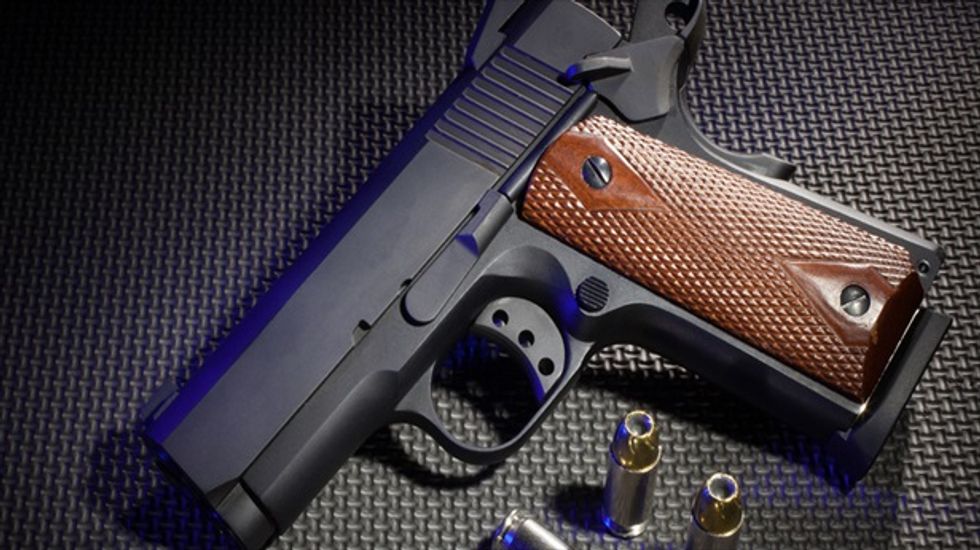 (Reuters) - A woman who opened fire at an eviction hearing at a Native American tribal office in a California killed her brother, niece and nephew plus a fourth person, officials said on Friday, one day after the attack.

Cherie Rhoades, 44, has been arrested but not charged in the attack and is expected to be arraigned in court in Alturas on Tuesday, said a spokeswoman for the Modoc County District Attorney's Office.

Rhoades is accused of using two semi-automatic handguns to fatally shoot her 50-year-old brother, 19-year-old niece and 30-year-old nephew in Alturas, about 30 miles south of the Oregon border, said Alturas City Clerk Cary Baker, an acting spokeswoman for the small town of about 2,800 residents.

Rhoades was originally held at the local jail but moved for her protection because the fourth victim was the 47-year-old wife of an employee who works at the jail, Baker said.

Two other people at the hearing were critically wounded and remained hospitalized, officials said. One of those people was alert and talking on Friday, they said.

The names of the victims have not been released.

Rhoades had once been a tribal leader with the Cedarville Rancheria tribe, Baker said.

She lived on tribal property in Cedarville, about 20 miles east of Alturas, and was being evicted from that house along with her son, Baker said. The tribal office in Alturas is where day-to-day business is conducted for the Cedarville Rancheria.

After apparently running out bullets, Rhoades picked up a large kitchen knife and chased one person she had already shot, police said. She was detained outside the building where she opened fire, they said.