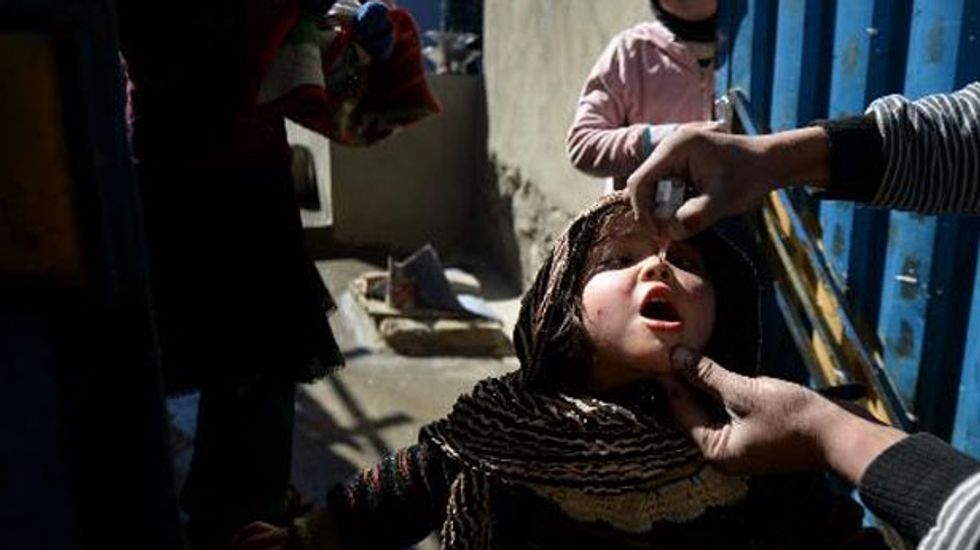 Afghanistan has launched an emergency polio vaccination campaign in Kabul after a girl contracted the disease, the city's first case since the Taliban were ousted in 2001.

The three-year-old from a nomadic family living on the northeastern edge of the city was diagnosed after being admitted to hospital in neighbouring Pakistan, a spokesman for the Afghan public health ministry said Tuesday.

The spokesman, Kaneshka Baktash Turkistani told AFP it was not clear whether the girl had contracted the virus in Kabul or Pakistan.

The highly contagious polio virus remains endemic in both countries, but Kabul city has not had a reported case since the Taliban regime was ousted by a US-led invasion more than a decade ago.

Turkistani said the Pakistani authorities had informed his ministry of the incident.

"After this, we launched an emergency polio campaign in Kabul and luckily so far, we have not found any other cases of polio," he said.

Besides Afghanistan and Pakistan, Nigeria is the only other country in the world where polio, a disease that paralyses children, is still endemic.

Due to massive internationally-backed efforts the number of cases has dropped significantly in Afghanistan in recent years, with most reported from the insurgency-hit south.

Despite targeting health workers associated with the government, Taliban insurgents have allowed polio vaccination teams to visit their areas in recent years, a move that authorities say has helped to contain the disease.

This contrasts sharply with the situation in Pakistan, where militants have branded polio campaigns as cover for espionage and routinely attack vaccination teams.