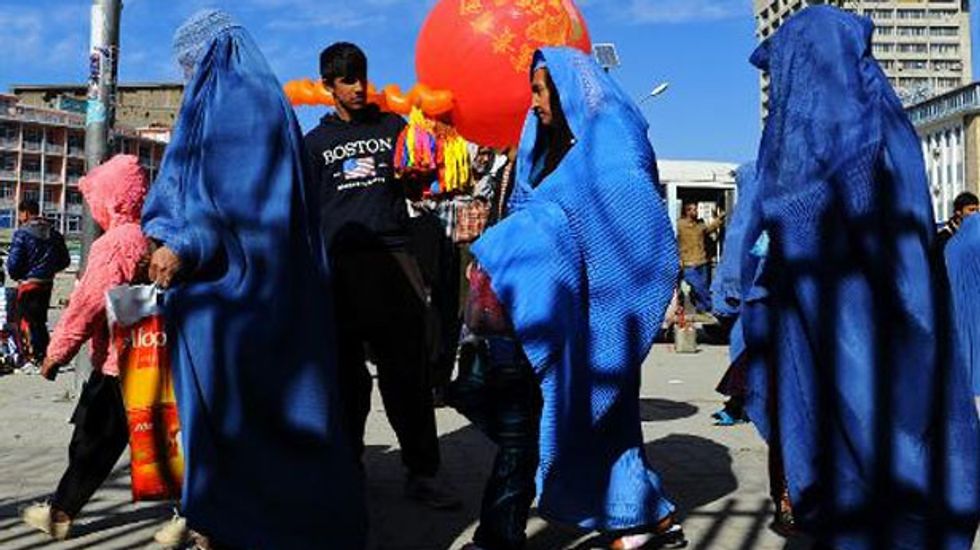 An international rights group said Tuesday that Afghan President Hamid Karzai should refuse to sign a law passed by parliament that would deny women protection from domestic violence and forced marriage.

New York-based Human Rights Watch said the bill "is expected to be sent to Karzai for final signature into law within weeks, if not earlier" and called on the war-torn nation's leader to send the bill back to legislators with amendments.

"President Karzai should reject a law that will effectively let batterers of women and girls off the hook" HRW said in a statement, quoting its Asia director Brad Adams.

The draft document contains an article that according to HRW states: "The following people can't be questioned as witnesses... relatives of the accused."

The rights group said this would effectively protect women's abusers since most victims were abused by male members of their family.

The law was intially endorsed last May by parliament. According to HRW it was then debated extensively before a final version was passed in January, requiring Karzai's signature before it comes into effect.

HRW said the proposed legislation would run counter to a groundbreaking law on Elimination of Violence Against Women passed in 2009, and "follows several other efforts by the Afghan parliament to weaken already inadequate legal protections for women's rights".

It cited a draft law prepared by Afghan officials in November 2013 that would have reinstated public execution by stoning as a punishment for adultery, which the group said was stopped after being leaked to the media.

A Karzai spokesperson said he could not comment on the president's intentions and was not aware if the draft of the new law had yet reached him.

Afghan women have made great strides since the fall of the Taliban regime in 2001, which banned them from education or work outside the home.

But they still faces challenges, of which the biggest is domestic violence.