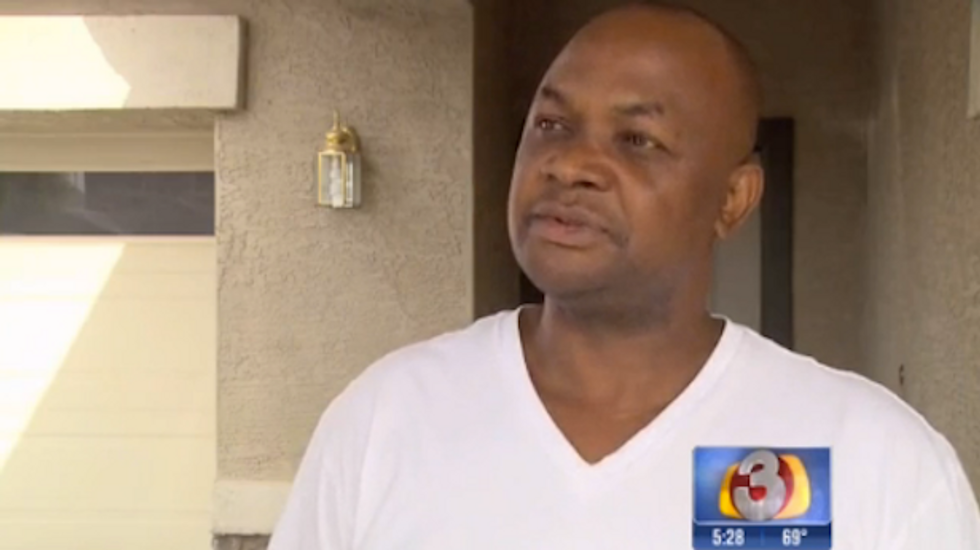 Prospective homebuyers are looking elsewhere after racist graffiti and other acts of vandalism were reported in an Arizona neighborhood.

Residents of Sarival Village in Goodyear said they were shocked after someone slashed residents’ tires and spray-painted “go back to Africa,” “sell ur house,” and some vulgar messages targeting black people and police officers on a wall in the community.

"I’m from Africa myself, and seeing that kind of graffiti on the wall is really scary," said Victor Nweabi. "Actually, I think it’s a hate crime. Somebody doesn’t want us in the neighborhood."

Nweabi said the graffiti was difficult to explain to his son.

“I was taking my son to school this morning and he saw that and he was like, ‘Dad, who is writing that kind of stuff on the wall? What makes that person think to write that stuff on the wall?' And he's just 11 years old,” Nweabi said.

A retired Army sergeant told KTVK-TV that he and his fiancée had planned on moving to the area but changed their minds after seeing the graffiti near a home they had considered buying.

“It almost brought tears to my eyes, you know, just to see that,” said retired Sgt. Kermit Wilkinson, who is black. “There’s no place in America to me for that. There’s no place for it. None whatsoever.”

He still planned to move from another state to Arizona, but Wilkinson said he would look elsewhere for a home.

City employees immediately painted over the graffiti, and police officers have gone door-to-door to gather evidence about the incident.

One resident said she’d lived in Sarival Village for eight years, but she said the vandalism didn’t reflect the community.