Republican bill to revise Obamacare would kick one million off their policies, report shows 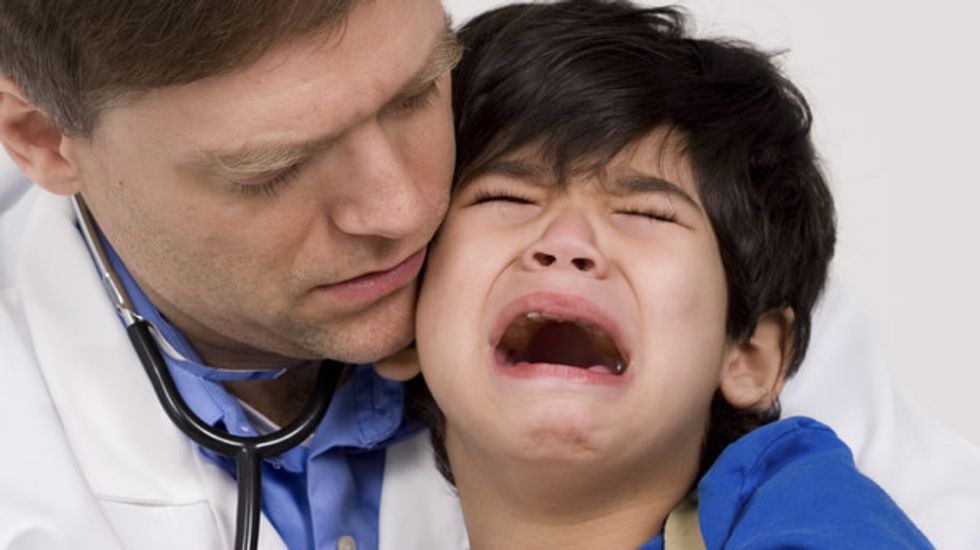 WASHINGTON -- After much bemoaning and more than 200 votes to dismantle President Barack Obama's Affordable Care Act, House Republicans say they've  come up with a solution: change the minimum threshold at which employers must provide health insurance coverage from 30 to 40 hours per week, so that companies can maintain workers' part-time hours without being forced to insure them.

Trouble is, the "fix" would cause one million employees to lose their current healthcare coverage, according to the Congressional Budget Office, the non-partisan arm of government charged with evaluating the effects of proposed legislation. What's more is that it would likely push roughly 500,000 off their coverage into Medicaid and other programs, forcing the government to pick up the tab.

The U.S. deficit would also rise $74 billion over the next ten years, according to the report.

Some would lose coverage entirely, while others would be forced to purchase insurance from state exchanges on their own.

As it stands, U.S. companies with more than 50 employees will soon be required to provide insurance for anyone who works more than 30 hours per week. In response, some firms have reduced workers' hours to avoid penalties for not offering coverage for part-time employees.

Republicans are responding to reports that employers have cut workers' hours below thirty so they don't have to stomach the costs of offering healthcare to their staff.  Some corporations have reduced part-time work from 35 hours to 28 hours to avoid the mandate, while others, such as Trader Joe's and Home Depot, have stopped providing insurance to part-timers altogether, instructing them to purchase insurance on state exchanges.

The pain has spread to the public sector, too: municipalities from Pennsylvania to Ohio have changed the total number of hours part-time  employees can work per week -- 29 in Medina, Ohio, 28 in Lawrence County, Pennsylvania -- to avoid being forced to bear healthcare costs.

It's unclear whether Republicans were aware of the proposed legislation's effects when they brought the bill to the floor. Talking Points Memo's Sahil Kapur, who highlighted the proposed bill on Tuesday, quoted one of the bill's sponsors as saying the law would protect "poor and middle class employees."

"[A]s the administration continues to stumble through implementation of the law, many Americans are still confused with how this sweeping law will work and what its impact will be," Rep. Todd Young (R-IN)  said of the bill. "Repealing this redefinition [of 'full time employment'] and restoring it to the historical norm ensures this bill not only protects working poor and middle class employees, it also ensures that laws governing employment are consistent."

Kapur also quoted a Democratic spokesman who seemed puzzled by the Republicans' proposal.

"I think this shows that [the Republicans'] repeal agenda will actually hurt or destroy jobs, and make it harder for people to get health insurance,"  a Democratic committee spokesman said.

The bill, acquired by TPM, appears below.