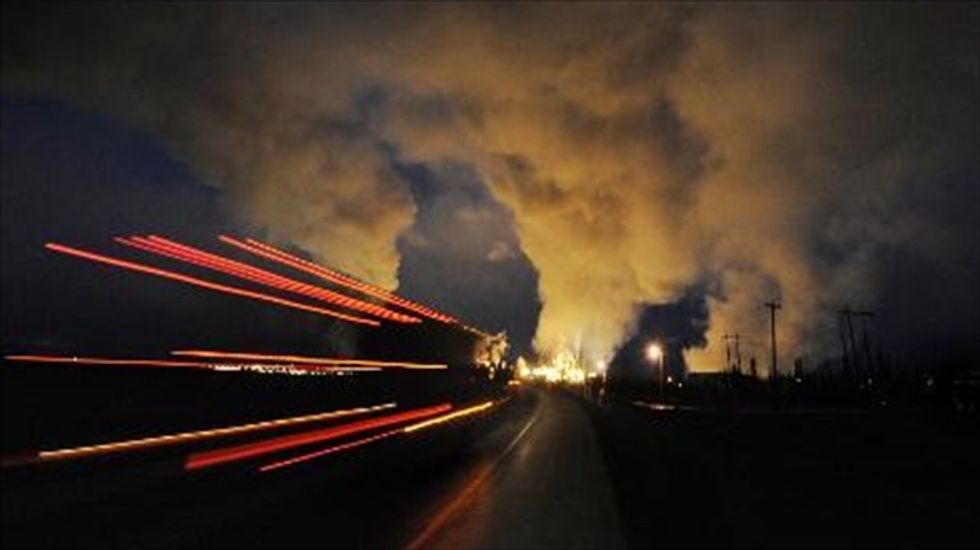 The amount of harmful pollutants released in the process of recovering oil from tar sands in western Canada is likely far higher than corporate interests say, university researchers said Monday.

Actual levels of polycyclic aromatic hydrocarbon (PAH) emissions into the air may be two to three times higher than estimated, said the findings in the Proceedings of the National Academy of Sciences, a peer-reviewed US journal.

The study raises new questions about the accuracy of environmental impact assessments on the tar sands, just days after a US State Department report said the controversial Keystone pipeline project to bring oil from Canada to Texas would have little impact on climate change or the environment.

Current, government-accepted estimates do not account for the evaporation of PAHs from wastewater pools known as tailings ponds, which are believed to be a major source of pollution, said researchers at the University of Toronto.

According to corporate interests which are responsible for projecting their environmental impact, the Athabasca oil sands beneath Alberta, Canada -- which hold the third largest reserve of crude oil known in the world -- are only spewing as much pollution into the air as sparsely populated Greenland, where no big industry exists.

Lead study author Frank Wania, a professor in the department of physical and environmental sciences, described the corporate estimates as "inadequate and incomplete."

"If you use these officially reported emissions for the oil sands area you get an emissions density that is lower than just about anywhere else in the world," he told AFP.

"Only with a complete and accurate account of the emissions is it actually possible to make a meaningful assessment of the environmental impact and of the risk to human health," he added.

Began as a student project

The research began as a term paper project by his student, Abha Parajulee, and was funded only by internal resources at the University of Toronto, he said.

Parajulee examined emissions estimates from environmental impact assessments that corporations must file with the government before any new projects can begin to coax oil from the Athabasca oil sands.

She compared them with measurements in the field by academic scientists and by the federal ministry of the environment, known as Environment Canada.

The industry estimates were way lower than the actual measurements, apparently because they did not include any escape of PAHs from tailings ponds, which are engineered dyke and dam systems built near mining operations in the oil sands to collect the water, sand, clay and residual oil left over from processing.

Until now, they were not expected to be a source of pollution.

PAHs are dangerous chemicals created in the burning of fossil fuels, and some are considered cancer-causing. They can also coat meats and other foods that are char-grilled.

Shows 'how little we know'

"The physical properties of these substances are such that if you put them in water they will partition into the atmosphere," said Jonathan Martin, an associate professor in the department of division of environmental toxicology at the University of Alberta.

"It was shocking to me to understand that current environmental impact assessments do not take this into account at all," said Martin, who was not involved with the research but reviewed it before publication.

"It just shows how little we know," Martin told AFP.

He said PAH measurements need to be taken above tailings ponds to confirm the modeling projections, which would require big oil's permission.

Environment Canada is interested in the findings and has agreed to fund more research going forward, Wania said.

With the third largest crude oil reserves in the world after Venezuela and Saudi Arabia, Canada has predicted that oil sands development will bring in about $2 trillion over the next two decades.

The US State Department's report on Friday raised no major objections to the controversial Keystone XL pipeline plan and said the pipeline would not in itself significantly increase greenhouse gases.

The Keystone XL project aims to carry some 830,000 barrels of heavy crude a day from Alberta's oil sands south to Nebraska refineries before joining an existing pipeline to be shipped to Texas.