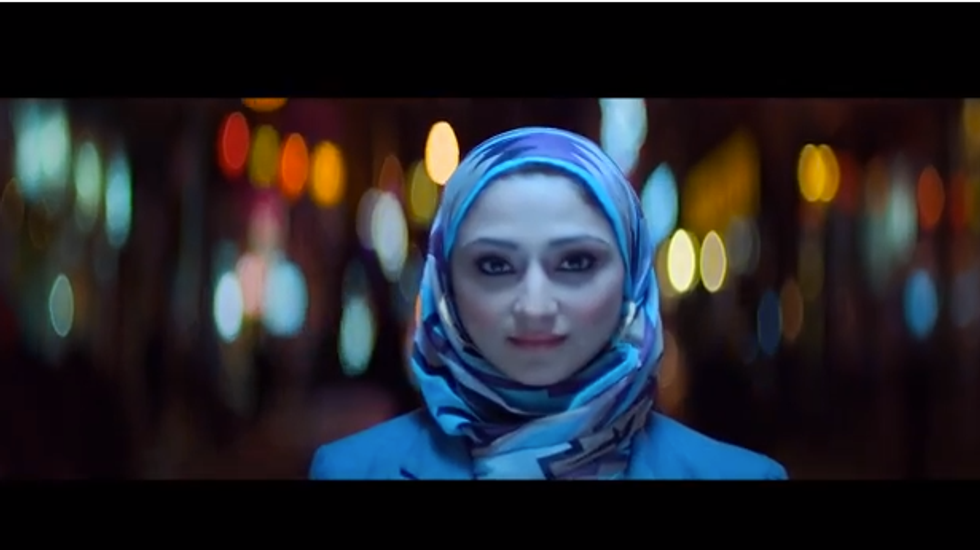 Coca Cola’s one-minute, multilingual Super Bowl ad was apparently a lot of things to many people.

To some, it was an insult to the United States and the English language, while to others it was a tribute to American diversity or a highly effective marketing tool.

But to former Hollywood agent Pat Dollard, the ad "exposed" a “stealth” appeal for immigration amnesty by its shadowy Muslim chief executive officer.

“Coca Cola has been on a major amnesty push for at least a year in the hopes that it can obtain cheap labor,” Dollard wrote on his self-titled blog. “And because its CEO Muhtar Kent is a Muslim who was raised in places like Iran and Indonesia, perhaps for even more sinister reasons.”

The stage thus set, the documentary filmmaker and Breitbart correspondent argues that the ad was “designed to influence public opinion.”

Perhaps recognizing that every paid and unpaid advertisement – whether they air on the most-watched TV program in history or overnight on some obscure local channel – is intended to influence the public, Dollard attempts to tie Coke’s ad into a broader conspiracy.

“Muhtar is engaging in the amnesty war just like Facebook’s Mark Zuckerberg is,” Dollard warns. “And I’d be curious to know just how much of his salary and Coke’s profits go to Muslim ‘charities’ that are really fronts for terrorist organizations, as most Muslim ‘charities’ are.”

As evidence of this nefarious plot, Dollard cites a Feb. 28, 2013, op-ed by the American-born Muhtar published in the nationally circulated USA Today describing his upbringing at diplomatic posts around the world.

“That’s one reason I support immigration reform,” Muhtar wrote. “As a first-generation American, I know firsthand the blessings of living in this country. As a business leader, I also know we need to make it easier for committed, highly skilled people to make their lives and livelihoods here. Immigration is an essential part of the growth calculus for this great country.”

Dollard cites the column at length, including Muhtar’s argument that nearly half of all Fortune 500 companies were founded by immigrants or their children.

“As Washington grapples with much-needed immigration reform, my hope is that our leaders focus on creating a modern system with rational laws and regulations, strong border controls, greater opportunities for skilled foreign-born professionals and a clear way forward for undocumented workers — a potential route to U.S. citizenship that bears all the rights, responsibilities and obligations of that coveted status,” Muhtar argues.

As further proof of his claims, Dollard links to another post on his blog – which links back to the previous post as “proof” of a conspiracy – that cites talk radio host Glenn Beck making a similar argument.

“It’s an in your face — and if you don’t like, if you’re offended by it, then you’re a racist,” Beck argues in a quote cited by Dollard. “If you do like it, you’re for immigration, you’re for progress. That’s all this is, is to divide people.”