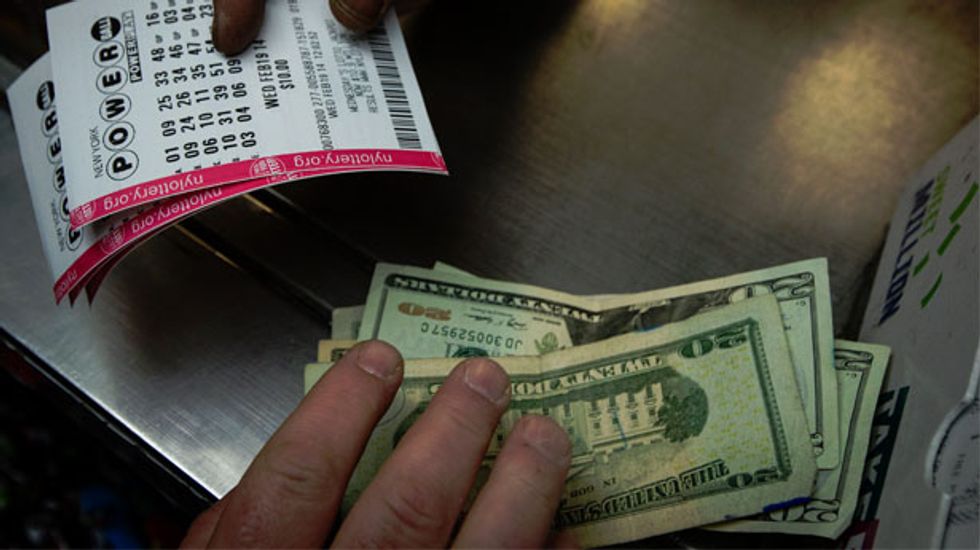 The ticket matched all six winning numbers in a nationwide game, California lottery officials said on Twitter. They were 1, 17, 35, 49, 54, and 34, according to organizer Powerball's website.

There was no immediate word on the winner's identity.

The top prize for the lottery, which is drawn twice a week, had rolled over and swelled 15 times since the last jackpot on Christmas Day, said a Powerball spokeswoman in New York.

Wednesday's winning ticket was sold at a Chevron gas station in Milpitas, near San Francisco. The winner can either opt to take the full amount as an annuity paid over 30 years or a $242.2 million lump sum, a lottery official said.

In the last two years, Powerball prizes have increased sharply due to ticket prices doubling to $2, and California, the nation's most populous state, joining 42 other states, Washington D.C. and the U.S. Virgin Islands in playing the game.

The biggest winner in Powerball history, from Florida, took home $590 million before taxes in May 2013.

A delivery driver who shared a $648 million jackpot with one other winner in a Mega Millions lottery game in December bought his ticket from a gift shop in San Jose, about 10 miles from Milpitas.