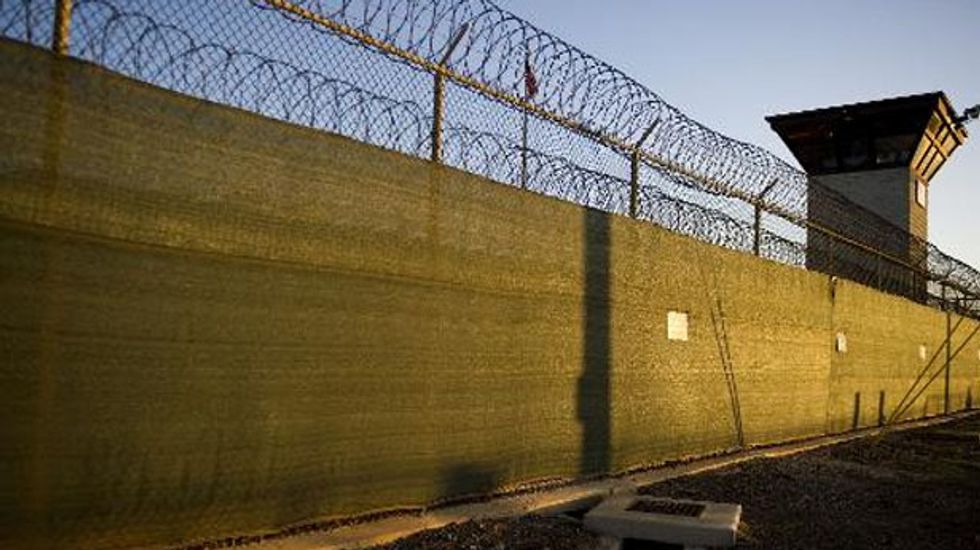 A Saudi detainee at the US prison in Guantanamo Bay pleaded guilty Thursday to terror charges in connection with the 2002 suicide bombing of a French oil tanker off Yemen.

Ahmed Mohammed Ahmed Haza al-Darbi, 39, admitted to planning, aiding and supporting the attack on the MV Limburg, which killed a Bulgarian sailor, injured a dozen other men and caused a large oil spill in the Gulf of Aden.

Wearing a white shirt and a fluorescent yellow tie, the stout Saudi with a sparse beard -- long-held at the US military prison in Cuba -- admitted to being an "alien unprivileged enemy belligerent."

His lawyer Ramzi Kassem announced his client was pleading "guilty" to charges of terrorism and to attacking civilians and civilian targets before a US military judge at Guantanamo.

The hearing was retransmitted -- with a short delay -- for reporters at the US military base in Fort Meade, Maryland, outside Washington.

Prosecutors accuse Darbi of having met with and worked for fellow Saudi Guantanamo detainee Abd al-Rahim al-Nashiri, who faces the death penalty on charges he masterminded the MV Limburg attack and the 2000 attack against the USS Cole in Yemen that left 17 dead.

Darbi, who by pleading guilty could become a key witness against Nashiri, is accused of having bought boats to carry out the attack on the MV Limburg.

Under the terms of the plea deal, Darbi -- brother-in-law of Khalid al-Mihdhar, one of the September 11, 2001 plane hijackers -- could be released from Guantanamo, where he has been detained for more than a decade.

However, no date for his release was given Thursday.