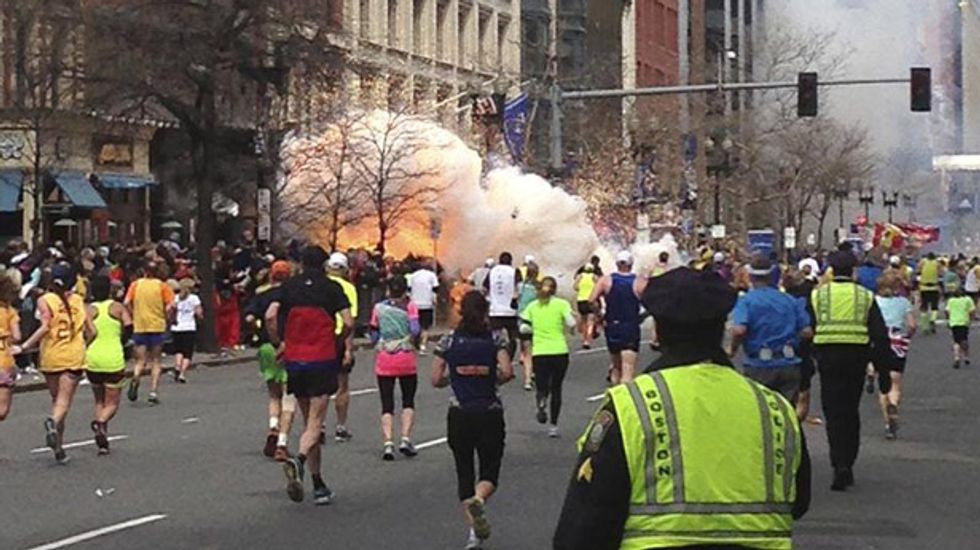 (Reuters) - Boston Marathon organizers have banned runners from bringing bags and imposed other measures to tighten security for the April race after a twin bomb attack near the finish line last year killed three people and wounded 264.

The rule changes announced on Wednesday stem from security talks over months between local, Massachusetts, and federal officials in preparation for the world-famous race that could draw some 36,000 runners and spectators on April 21.

Dzhokhar Tsarnaev, the younger of two ethnic Chechen brothers, could face execution if convicted on charges that he and his now-dead brother Tamerlan planted the two homemade pressure-cooker bombs used in the April 15, 2013 attack.

It was the largest mass-casualty attack on U.S. soil since September 11, 2001.

Surveillance photos showed the two men, wearing baseball caps and carrying backpacks, near the site of the blast.

Tamerlan died in a gun battle with police.

Runners hoping to conquer the 26.2-mile race typically are allowed to bring bags carrying personal items that can be shuttled between the start and end points.

The Boston Athletic Association said runners cannot have backpacks or handbags at or near the start or the finish, or along the course, which passes through eight cities and towns.

Bags also cannot be carried on buses running between the start and finish, it said.

Instead, runners will be able to stow changes of clothing and shoes in designated clear plastic bag