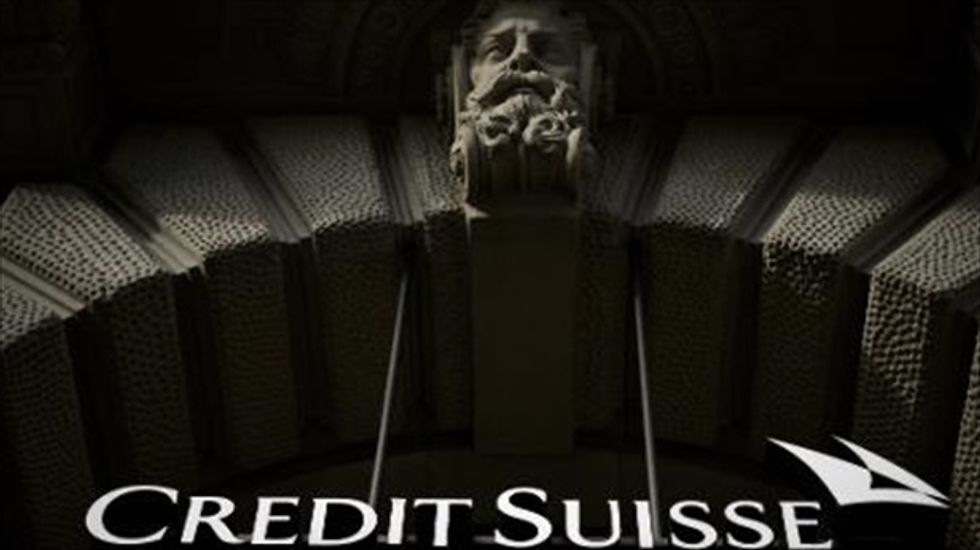 The sign of Swiss banking giant Credit Suisse is seen on Nov. 2, 2013 in Zurich [AFP]

The report contains the results of a two-year Senate investigation and comes a day before the heavily-anticipated questioning of Credit Suisse chief Brady Dougan and other top bank figures before the panel.

"The investigation found that, as of 2006, Credit Suisse had over 22,000 U.S. customers with Swiss accounts whose assets, at their peak, exceeded 12 billion Swiss francs ($13.5 billion)," the report said.

"Although Credit Suisse has not determined or estimated how many of those accounts were hidden from US authorities, the data suggests the vast majority were undeclared," it added.

Among the bank's cloak-and-dagger practices, Swiss bankers were sent to the United States to secretly find clients, leaving no paper trail, at events sponsored by the bank -- such as at golf tournaments in Florida.

The bank also helped its clients find "intermediaries" who could help them create offshore shell companies to hide the money trail from the Internal Revenue Service.

"One former customer described how, on one occasion, a Credit Suisse banker travelled to the United States to meet with the customer at the Mandarin Oriental Hotel and, over breakfast, handed the customer the bank statements hidden in a Sports Illustrated magazine," wrote the investigators.

Third-party companies were also engaged by the bank to provide credit cards permitting clients to secretly use their hidden funds.

By 2008, the report says, there were more than 1,800 Credit Suisse bankers employed to manage U.S. client accounts, many of which were never declared to the IRS, and whose transactions were structured to avoid US tax reporting requirements.

From 2008 to 2011, after the break of a tax evasion scandal at fellow Swiss bank UBS, Credit Suisse starting putting an end to its evasive practices, asking clients to close their accounts or declare them.

In total, by the end of 2013, the number of Swiss accounts held by U.S. clients at Credit Suisse fell by 85 percent, the report said.