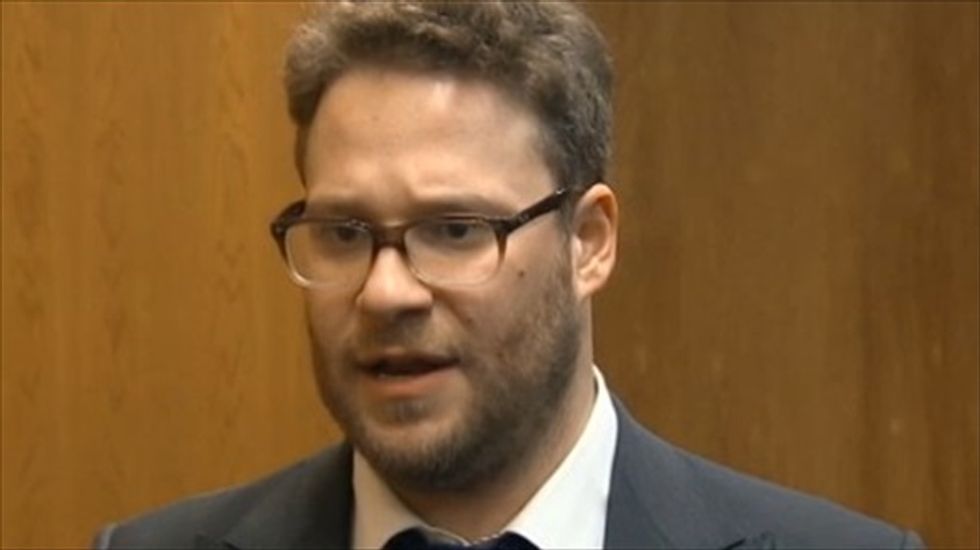 Actor Seth Rogen testified before a Senate Appropriations sub-committee on Wednesday about the need for better Alzheimer's Disease treatment in the U.S., but the noted marijuana enthusiast also managed to find a lawmaker with whom he would share a smoke, ABC News reported.

As Rogen noted in an interview with MSNBC host Chris Matthews later that day, Harkin was easy to notice -- the vast majority of the senators on the panel did not stay to listen to Rogen's testimony, leaving Harkin and Sen. Jerry Moran (R-KS).

"Usually the senators at least show up when the cameras are there," Matthews said. "Why weren't they there? Did you ask anybody where the hell the guys who supposedly work here are?"

"I think it's indicative of the mentality that we find so frustrating," Rogen said of the poor attendance at the hearing. "[Alzheimer's] seems to be of a low priority. It seems like these people don't care. That's the direct message they're giving by leaving during our testimony."

Rogen testified that the disease has affected his family first-hand; his mother-in-law developed the disease in her early 50s, and it has only advanced since then. He told ABC that National Institute on Aging Director Dr. Richard Hodes explained how that lack of attention curtails the fight against Alzheimer's.

"He was saying that a lot of people who would normally be pursuing curing Alzheimer's as a disease are not seeing that the money is there, and they're choosing other diseases to pursue," Rogen explained.

E! News reported that Rogen also ripped the absent committee members online, writing on Twitter, "All those empty seats are senators who are not prioritizing Alzheimer's. Unless more noise is made, it won't change."

Watch Rogen's interview with ABC, as published on Thursday, below.