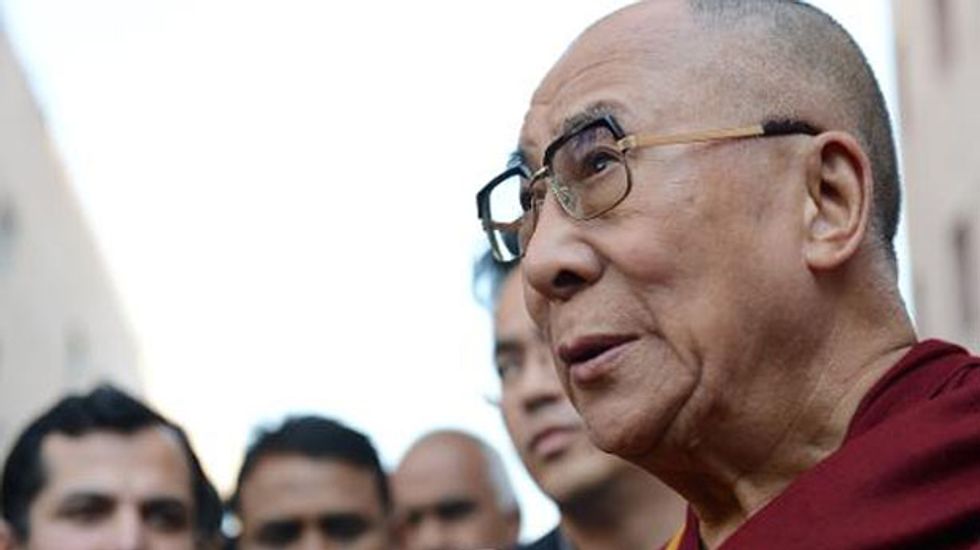 Dozens of Buddhists rallied on the streets of San Francisco on Saturday protesting the Dalai Lama, who they say has persecuted followers of an ancient deity that the Tibetan spiritual leader denounced decades ago.

The crowd of brightly-dressed monks, nuns and other Shugden Buddhism practitioners, a subset of Buddhists who worship the 300-year-old deity Dorje Shugden, held protest signs and chanted, "Religious freedom. Dalai Lama Give!"

Demonstrators met across the street from a building where the Dalai Lama was scheduled to launch the first of a series of speaking events in a tour of U.S. cities.

Dalai Lamas are the head monks of the Gelugpa lineage of Tibetan Buddhism. The current Dalai Lama is the 14th in this lineage, and in 1989 won the Nobel Peace Prize.

Critics claim that the Dalai Lama has excommunicated thousands of Shugden Buddhists from Tibetan exile communities in India, and continues to push practitioners out of communities around the world by encouraging his followers to deny them jobs, schooling and health care.

"We don't need the Dalai Lama to practice our religion or for us to practice his," she said.

Sarah Baker, a spokeswoman for the American Himalayan Foundation, which organized the Dalai Lama's San Francisco event, declined to comment. Calls to the Dalai Lama's offices in India were not immediately returned.

The Dalai Lama, who fled from Tibet in 1959 following an uprising against Chinese power, believes Shugden was born out of hostility towards a previous Dalai Lama, and divides and harms he and his followers, according to a statement on the religious leader's website.

The Dalai Lama met with President Barack Obama at the White House on Friday. He is scheduled to stay in the United States for another two weeks.