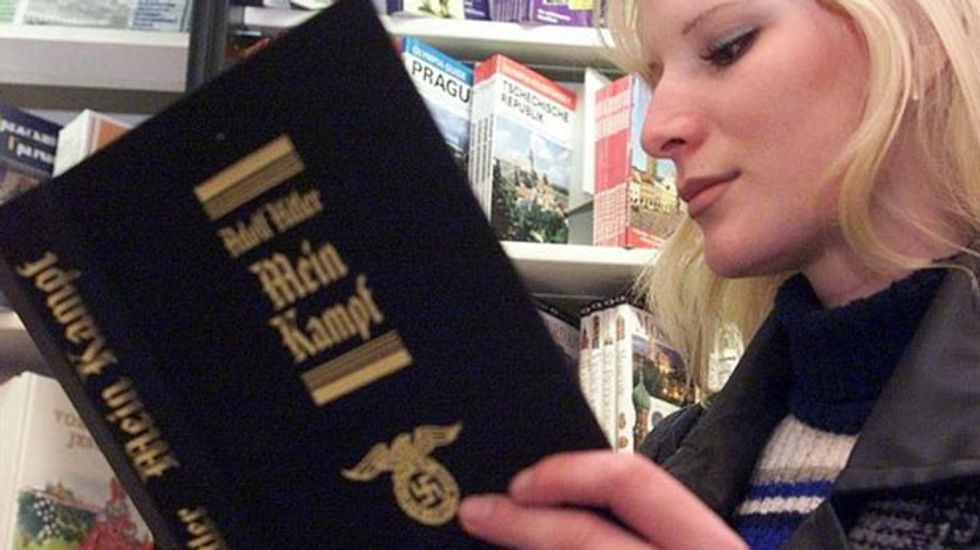 The autographed copies of the two-volume work steeped in anti-Semitism are inscribed as Christmas gifts to Josef Bauer, an officer in the German SS during World War Two and a participant in Hitler's failed Munich coup in 1923.

Bidding in the online auction for the signed books starts at $20,000 and is expected to sell for around $25,000 when the auction concludes at 10 p.m. EST on Thursday (0300 GMT on Friday), the auctioneers said.

In the two-volume "Mein Kampf" (My Struggle), Hitler lays out his vision for a resurgent Germany after World War One along with his racist National Socialist political ideology.

Nate D. Sanders, who himself is Jewish, said his auction house does not shy away from selling memorabilia linked to some of history's most reviled figures.

"I think it's very heinous," Sanders said, "but it is an auction item, it is a memento, it's a piece of memorabilia, and a piece of history."

"Mein Kampf," unlike Nazi insignia and some Nazi films and songs, is not banned in Germany. Its German copyright has been owned by Bavaria since the end of World War Two, and the southern German state has prohibited sales and printing.