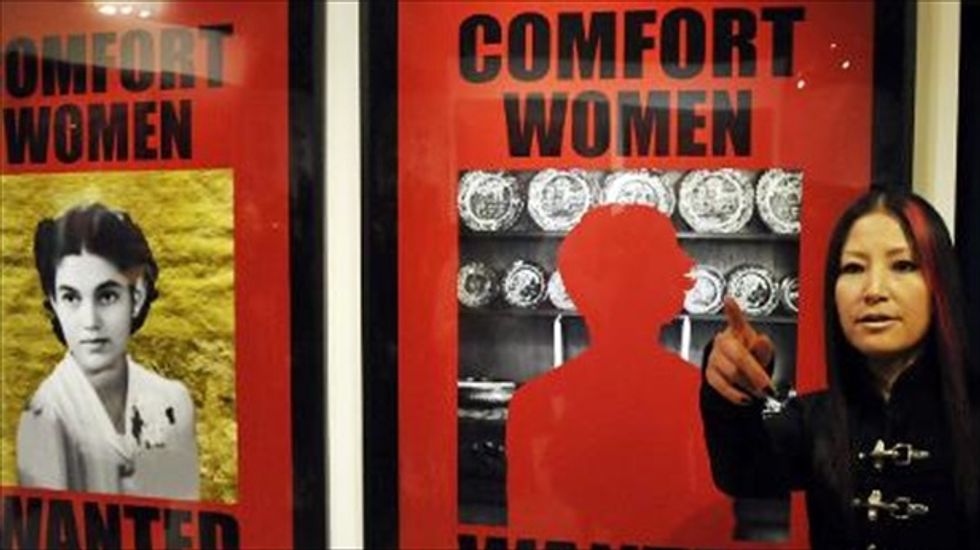 South Korea hit back at Japan over its plan to consider revising a landmark apology for its wartime system of sex slavery, accusing Tokyo of "insincerity", a report said.

Japan announced Monday that it would re-examine evidence given by "comfort women" -- those forced to work in military brothels -- that forms the basis of a 1993 Kono Statement of apology.

"The more Japan denies its historical truth, the more it will be isolated from the international community," the South Korean foreign ministry said in a press release cited by Yonhap news agency late Friday.

"The Kono Statement is an official position issued by the Japanese government," the release said.

"Japan has often said it wants to have dialogue with South Korea, but it has repeated remarks that deny its history. It shows the Japanese government's insincerity."

The Kono Statement was issued in the name of then-chief cabinet secretary Yohei Kono after testimony was heard from 16 Korean women.

It acknowledged official complicity in the coercion of women into sex slavery and offered "sincere apologies and remorse" to the women, vowing to face squarely the historical facts.

Respected historians say up to 200,000 women, mostly from Korea but also from China, Indonesia, the Philippines and Taiwan, were forced to serve as sex slaves in Japanese army brothels.

However, a minority of right-wing Japanese insist there was no official involvement by the state or the military and say the women were common prostitutes.

Chief Cabinet Secretary Yoshihide Suga told parliament on Monday that the government "would like to consider" setting up a verification team with academics who would look again at the 16 Korean women's accounts.

The move is the latest in a series of statements and gaffes from senior officials around Abe that are being interpreted as questioning accepted wisdom on Japan's brutal wartime behaviour in East Asia.

These have included the assertion by a member of broadcaster NHK's board of governors, a man appointed by Abe, that the 1937 "Rape of Nanking", when Japanese forces committed mass rape and murder following the capture of the city, had been fabricated for propaganda purposes.

No mainstream historian holds this view.