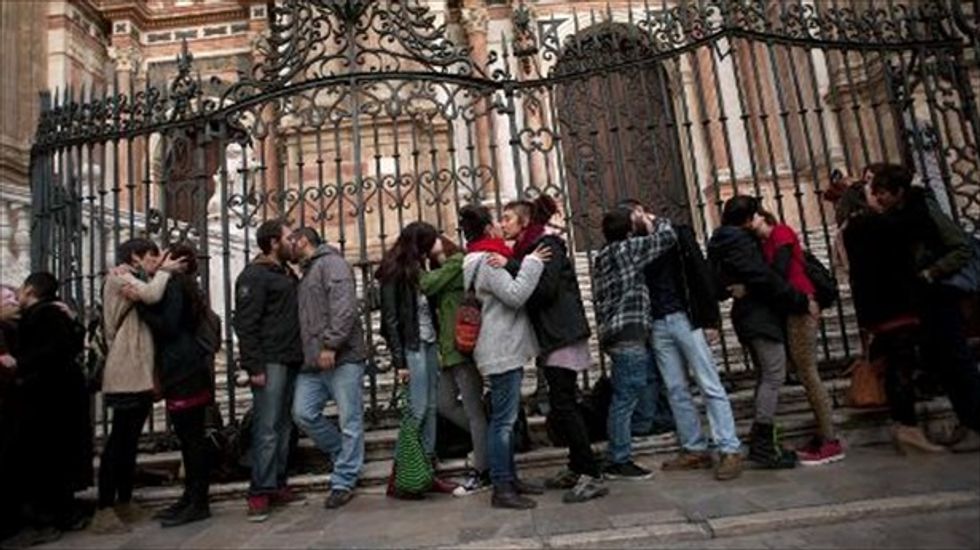 Spanish prosecutors have opened an investigation into newly chosen Spanish Cardinal Fernando Sebastian Aguilar after a gay-rights group accused him of hate speech for calling homosexuality a "defect".

The public prosecutor for the southern province of Malaga, Juan Carlos Lopez, said he had opened a preliminary inquiry "to clarify whether the allegations constitute a criminal offence," according to a document obtained Wednesday by AFP.

Sebastian, who is close to Pope Francis, is one of 19 new cardinals chosen by the pontiff last month to be officially appointed on February 22.

A week after being picked, the 84-year-old archbishop emeritus of Pamplona gave an interview to a Malaga newspaper that drew condemnation from gay-rights activists.

"A lot of people complain and don't tolerate it but with all respect I say that homosexuality is a defective way of manifesting sexuality, because that has a structure and a purpose, which is procreation," he said.

He compared homosexuality to his own high blood pressure -- "a defect I have that I have to correct as far as I can" -- and said: "Pointing out a defect to a homosexual is not an offence, it is a help because many cases of homosexuality can be recovered and normalised with adequate treatment."

After the interview was published, gay and lesbian rights group Colegas lodged a complaint against Sebastian for violating the constitution's guarantees of dignity and non-discrimination and for "clearly inciting hate and discrimination".

"We're very satisfied because this is the first time" such an investigation has been opened, Colegas president Paco Ramirez told AFP Wednesday.

The archbishopric of Malaga condemned the move, saying Sebastian had not used the word "disease" and accusing his critics of "distorting his words".

Activists have launched a petition to the pope to withdraw his nomination of Sebastian, which the website hosting it, change.org, says has gathered 20,000 signatures.