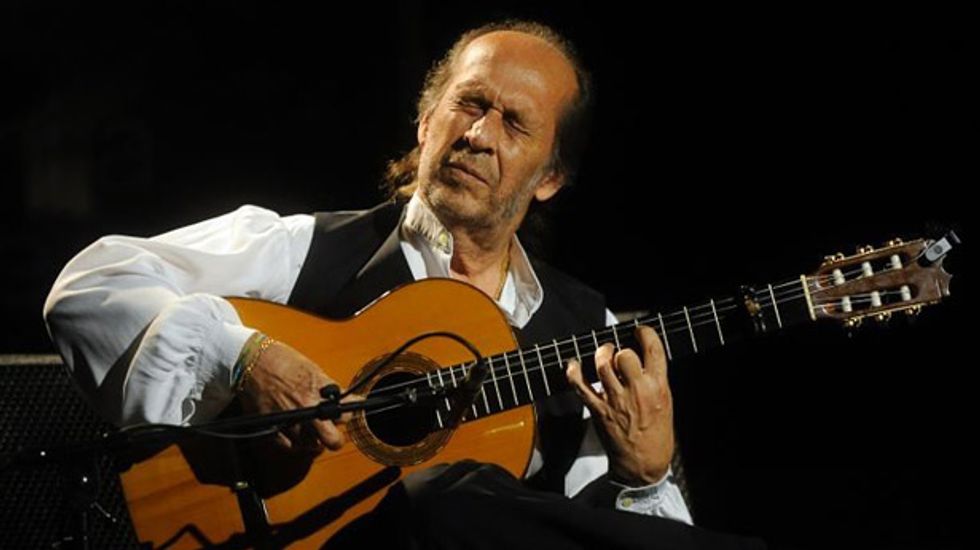 Paco de Lucia, the Spanish guitarist who brought flamenco to a world audience, has died in Mexico aged 66, officials in his Andalusian hometown said Wednesday.

Born Francisco Sanchez Gomez, he was credited with modernising the Spanish gypsy tradition with jazz and bossa nova influences during a decades-long career.

The mayor's office in his southern hometown of Algeciras, deep in flamenco country, said de Lucia died in Mexico of a heart attack.

"Paco de Lucia's death turns his genius into a legend," said the mayor of Algeciras, Jose Ignacio Landaluce, in a statement.

"Although he has gone, his music, his wonderful way of playing and his character will always be with us."

The town called three days of mourning and flew flags at half-mast for "the greatest guitarist of all time".

Born into a humble family in the southern Spanish region on December 21, 1947, de Lucia grew into a musical giant who blended jazz, pop and classical influences with the folk tradition of flamenco.

He credited his father, a singer of gypsy origin, with introducing him to music, encouraging him to practise for hours.

"The gypsies are better since they listen to music from birth. If I had not been born in my father's house I would be nobody. I don't believe in spontaneous genius," the guitarist once said.

From the age of just 12 de Lucia was out playing and earning at flamenco "tablaos" -- the intimate, smoky bars that are home to the authentic form of the tragic gypsy lament and dancing.

By 15 he had moved to Madrid and by 18 brought out a first album.

It was there that he met another gifted teenage flamenco artist, the singer Camaron de la Isla, then just 15 and freshly arrived in Madrid.

The two young men formed a legendary flamenco partnership, touring and recording together until Camaron's death from cancer in 1992.

In 2004, de Lucia was awarded Spain's prestigious Asturias Prize for Art as the "most universal of flamenco artists".

"His style has been a beacon for young generations and his art has made him into one of the best ambassadors of Spanish culture in the world," the jury said at the time.

He had lived elsewhere in Spain and in Mexico and toured widely, notably in the United States.

In the 1980s de Lucia teamed up with guitarists John McLaughlin and Al di Meola to produce the classic album "Friday night in San Francisco".

He branched out into jazz and bossa nova, drawing the scorn of traditionalists.

But he claimed to stay faithful to his origins, hunched over his guitar and grimacing with emotion as the flamenco "duende", or spirit, possessed him.

"Whatever I do my sound will always be flamenco -- because I am what I am," he said. "Being a flamenco player is what gives me strength."