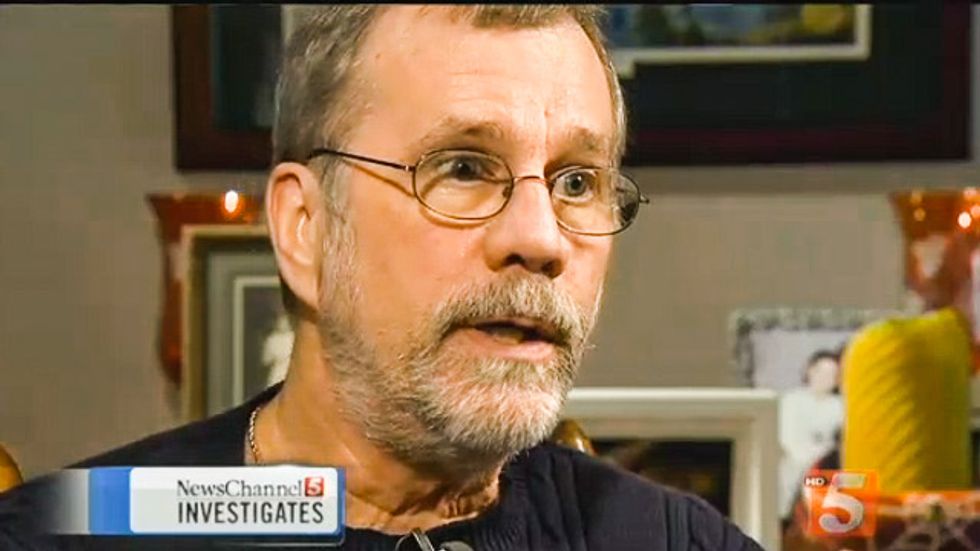 The state of Tennessee has fired a veteran investigator because officials believed that he attempted to use violent stories about how his relatives participated in a lynching to intimidate African-Americans who were trying to file claims against emergency responders.

WTVF reported that William Sewell, a medical service investigator who had been with the state for more than 40 years, told the graphic story to Shun Mullins last summer.

Mullins had filed a complaint claiming that his mother had died when the Algood's deputy fire chief refused to perform CPR because she was black. The complaint stated that the fire chief covered it up by falsifying medical reports.

Sewell had started the meeting by asking Mullins if he had ever been to prison.

"His very first question was, 'Mr. Mullins have you ever been to the penitentiary?" Mullins recalled. "That was more than insulting to me."

Before concluding the meeting, Sewell decided to tell a shocking personal story about his family's history with racism.

"Mr. Sewell goes into a story about a hanging, that he had been told, about the hanging of a black man," Mullins explained.

Nashville NAACP member Sheryl Allen and an acquaintance, Judy Mainord, were also present in the room. Mullins, Allen and Mainord all remembered the story the same way in affidavits.

Sewell said that a black man had been lynched in Baxter, Mullins' hometown.

"They hung him, and they started carving his skin out of his back," Allen said. "It was like he got excited telling this story."

"They lowered the body, and all the white men standing around took turns removing the skin from the black man's back," Mainord recalled Sewell saying.

In conclusion, Sewell said that he still owned a "strap" of the black man's skin that had been given to him by his grandfather.

"They made a strap out of his skin, and they used that strap as a knife sharpener," Allen remarked.

Mainord pointed out that the skin "was like a trophy to him, and that concerns me."

"It was my impression he still had it at his house," Mullins noted. "The way he enjoyed telling the story, I thought perhaps he was still using it."

The Tennessee Department of Health determined that Sewell's question about prison and the lynching story could have been a "form of intimidation" towards Mullins, according to an internal investigation obtained by WTVF. The report concluded that Sewell may have known the fire chief because of his close ties to other officials in Algood.

And if his plan was to intimidate Mullins, it worked.

"By all means, I felt threatened," Mullins told WTVF.

For his part, Sewell insisted to the station that he was just trying to convince Mullins and the others in the meeting that he understood what racism was like.

"If they chose to conclude that was an intimidating comment, I'm sorry," he opined. "It was a gruesome story. I got caught up in the moment trying to convince these people that I understood, and I just went too far."

Sewell admitted that he had gotten the "back strap" from his grandfather, who was once the mayor of Baxter, but he said it was in "somebody's landfill" now.

"I went downstairs in my storage, I went through entire boxes, but that strap is gone," he said.

WTFV confirmed that a black man's body was mutilated during a lynching in Baxter in 1896.

Even after the death of Mullins' mother and the intimidation that he suffered, Sewell argued that he was the true victim.

"I am the victim because I made a mistake," Sewell observed.

The Department of Health has assigned a new investigator to look at Mullins' original complaint.