Tenn. woman's chilling confession: I stabbed my 'antichrist' mother to save my daughter 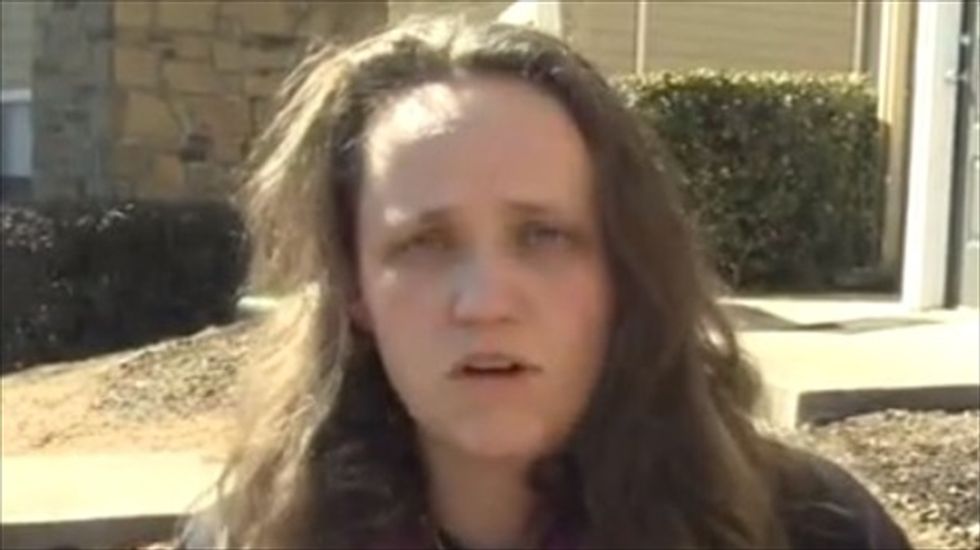 A Tennesee woman claimed responsibility for the stabbing of her 61-year-old mother in a rambling confession captured by a local news station reporting on the victim.

"The satanic cult in this city has been casting satanic spells on me for three, four days," Nichols told WVLT. "I'm exhausted. I came home and found out my mom was the ringleader and was trying to kill my daughter."

Authorities reported that the unidentified victim had suffered stab wounds to the chest, neck, and stomach and was hospitalized. She remains in intensive care.

Nichols said she then took her daughter and hid while waiting for a sign it was safe to return. She was arrested and charged with first-degree attempted murder and especially aggravated kidnapping.

Watch the bizarre interview, as aired by WVLT on Wednesday, below.