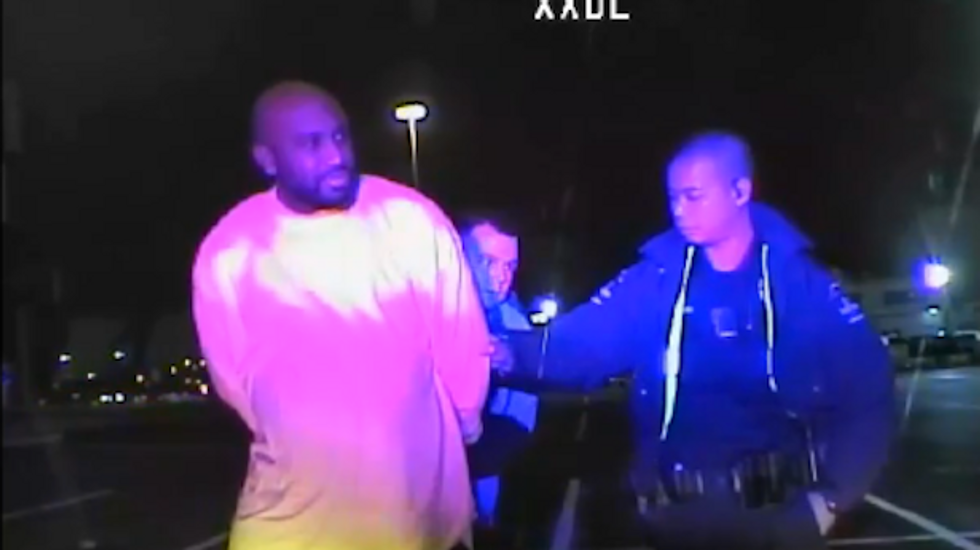 Police in Texas are standing by their drunken driving arrest of a man whose Breathalyzer and blood tests showed no evidence of intoxication.

Larry Davis was arrested Jan. 13, 2013, by Austin police after he ran a stop sign and, according to arresting officers, appeared to be intoxicated during a field sobriety test.

Davis insisted he’d had only one drink and volunteered to provide a blood sample after testing 0.00 on a Breathalyzer – the lowest recordable blood-alcohol content level – and spent a day in jail, reported the Austin Statesman.

Months later, those results also came back negative, and Davis is now trying to have his arrest record cleared, which could take several more months.

But the arresting officer’s supervisor said he still supports the decision to arrest Davis.

“If there is someone who is possibly impaired, we don’t want them driving,” said Cmdr. David Mahoney, of Austin police. “We need to get them off the road, so that was probably (the officer's) mindset.”

But legal experts say the case shows that drunken driving can sometimes be “an opinion crime,” requiring law enforcement officers to make quick judgment calls on whether a person is intoxicated.

Prosecutors said judgment errors by police helped cause Travis County to have the highest percentage of DUI case dismissals among major Texas counties, according to a 2011 analysis by the Austin Statesman.

Police argue that they cannot take chances with drunken driving suspects in the interest of public safety, although their aggressive enforcement tactics cause about 30 percent of such cases to be dismissed.

However, even for defendants whose cases are dismissed, fighting a drunken driving charge can be costly.

The Texas Department of Transportation used billboards to warn drivers that a DUI charge could cost $17,000 in legal fees and court costs.

While an independent analysis found that claim difficult to verify, a drunken driving charge can certainly cost thousands of dollars to fight and can impede suspects’ ability to work while their case is pending.

Davis, whose case was dismissed last week, was declared indigent at the time of his arrest, and Travis County picked up his legal fees amounting to several hundred dollars.

“I was arrested for nothing, really,” Davis said. “It was suspicion of drunk driving, which I wasn’t so I was surprised and hurt at the same time.”

Watch dashboard camera video of the arrest posted online by the Austin Statesman: