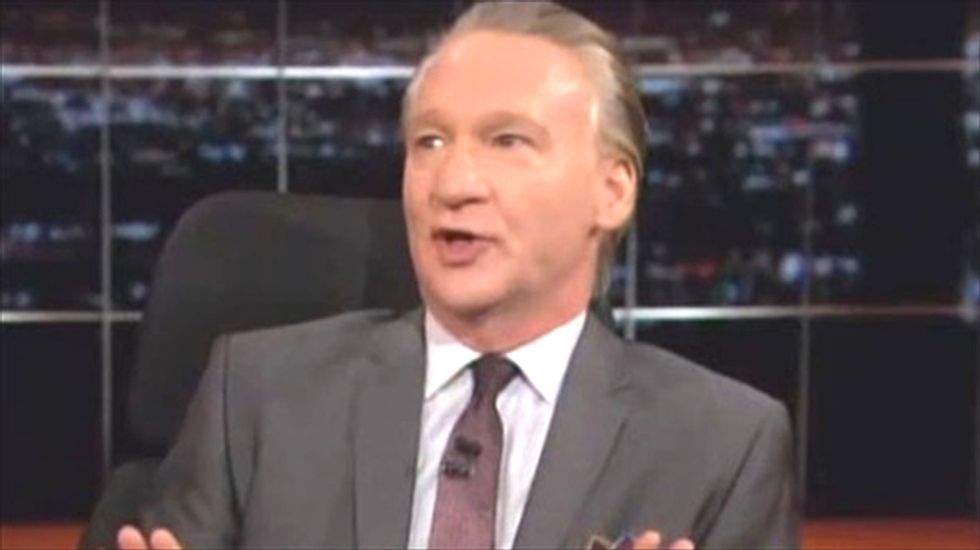 "What was the origin of the Tea Party five years ago? It wasn't about bailouts," Kristol argued.

"Sure it was," Maher answered.

"It was about a Black president," Maher snapped back.

"That's bullsh*t," Kristol protested. "That is total bullsh*t. Even you don't believe that."

"I totally believe that," Maher responded. "What happened a month after [President Barack Obama] took office? Suddenly white people were very upset about debt, even though [President George W. Bush] had raised the deficit way more than Obama had."

"They were upset about Bush raising the debt," Kristol said.

"I don't remember a Tea Party then," Maher shot back, cupping his ear toward Kristol.

"There was [sic] conservatives upset about Bush raising the debt," Kristol continued. "The Tea Party was rebelling against the Republican establishment as well as the Democratic establishment."

"Really," Maher said sarcastically. "Suddenly, they were at the town hall."

CNN political contributor Margaret Hoover backed Kristol's point somewhat, saying that the early "fiscal disciplinarian" Tea Party was co-opted by outside forces, leading to divisions among their own ranks.

"It got off the rails a little bit after 2010," Hoover said. "You have a Tea Party caucus in the House of Representatives that [Rep.] Michele Bachmann (R-MN) is the head of, and the six other members are signers of the 'birther bill,' and [Rep.] Paul Ryan (R-IA) -- the real fiscal disciplinarian -- head of the Budget Committee, is nowhere near them, then there's reason for caution."