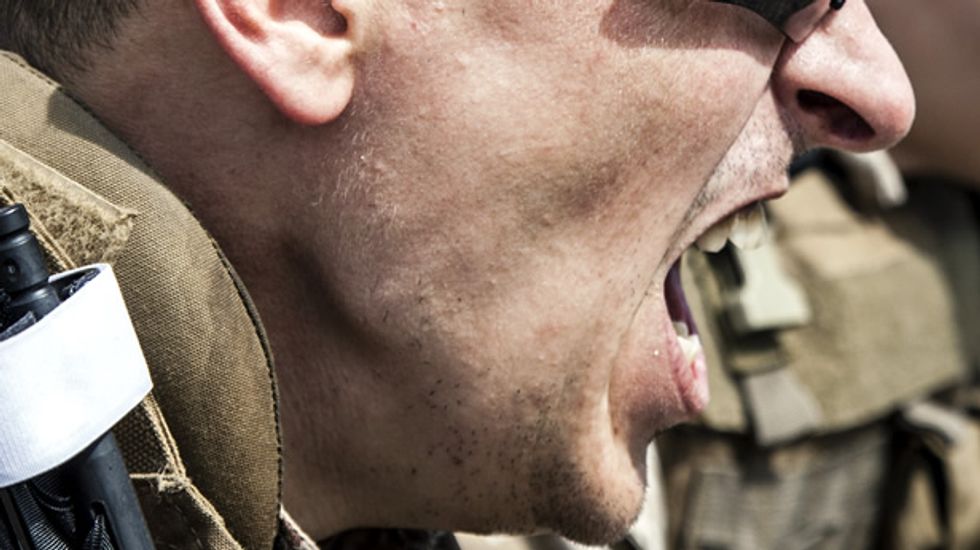 A review of records has led the U.S. Army to disqualify 588 soldiers from serving as sexual assault counselors, recruiters, and drill sergeants due to prior infractions ranging from sexual assault to child abuse to drunken driving.

USA Today is reporting that the review of over 20,000 files of soldiers in "positions of trust," ordered by Defense Secretary Chuck Hagel, has turned up ten times more soldiers with previous criminal or unethical behavior than previously reported last summer after an initial review.

Sec. Hagel called for the review in May after a Pentagon study found incidents of unwanted sexual contact had risen 35% from 2010 to 2012.

Hagel spokesman, Rear Adm. John Kirby said that defense secretary has been "exceedingly clear about the need to continue stamping out sexual assault from our ranks."

"He was happy to learn that the Army widened the scope of their review and he is grateful for the work they have done to get a better grip on a very difficult issue and hold people accountable," Kirby added.

The Army is seeking to get rid of 79 of the soldiers, said Col. Tom Collins, an Army spokesman, adding that others could face further action from their commanders.

A similar review in the other branches of the armed forces have turned up very few similar cases.

The Navy has disqualified three of 5,125 recruiters it had reviewed, and two of 4,739 counselors, with none of its 869 recruit instructors dropped. The Air Force and Marine Corps reported that none of their service members had been disqualified.

Member of the House Armed Services Committee, Rep. Jackie Speier, (D-CA) has been a persistent critic of the military's response to the crisis of military sexual assault and has been pushing for changes. While she praised the Pentagon for addressing the issue, she questioned why the other services reported so few problem service members.

"The numbers are staggering," Speier said. "I also want to applaud the leadership in the Department of Defense for scrubbing what has been a cancerous culture."

Top military brass have branded sexual assault in the military a crisis and have vowed to eliminate it.

Democratic Sens. Kirsten Gillibrand (D-NY) and Claire McCaskill (D-MO), both members of the Armed Services Committee, have submitted competing proposals to increase prosecution of sexual assault cases and to aid the victims.