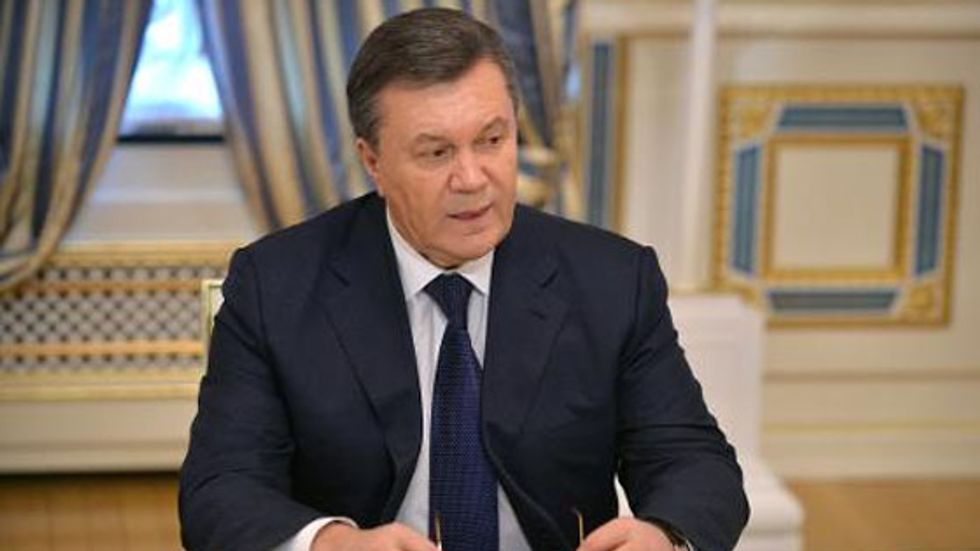 The United States on Friday welcomed a deal to end Ukraine's political crisis between the government and opposition protestors and called for an immediate start to its implementation.

White House spokesman Jay Carney said the pact was "consistent with what we have advocated in calling for a de-escalation of the violence, constitutional change, a coalition government, and early elections."

"We support the efforts of all those who negotiated this agreement, commend the courageous opposition leaders who recognized the need for compromise, and offer the support of the United States in its implementation," Carney said.

"We call for immediate implementation of the initial steps -- an end to the violence, amnesty and security normalization, and passage of the constitutional package in (parliament) -- to provide space for the negotiations to begin on formation of a technocratic coalition government."

Vice President Joe Biden had called Ukrainian President Viktor Yanukovych on Thursday warning that the United States was ready to impose sanctions if he did not halt attacks by his security forces on demonstrators which have killed nearly 100 people.

President Barack Obama had also earlier warned of "consequences" if the violence did not stop.

Yanukovych's dramatic decision to hold early elections and form a new unity government was met with caution by tens of thousands gathered on central Kiev's main square for a protest that began three months ago.

The deal was signed in the presence of EU envoys, Yanukovych and three top opposition leaders who included boxer turned lawmaker Vitali Klitschko.

But Russian President Vladimir Putin's representative missed the meeting. The White House statement however said the deal had been "witnessed" by Russia.

The constitutional change was approved within minutes of the deal's signature by 386 deputies in the 450-set Verkhovna Rada parliament.