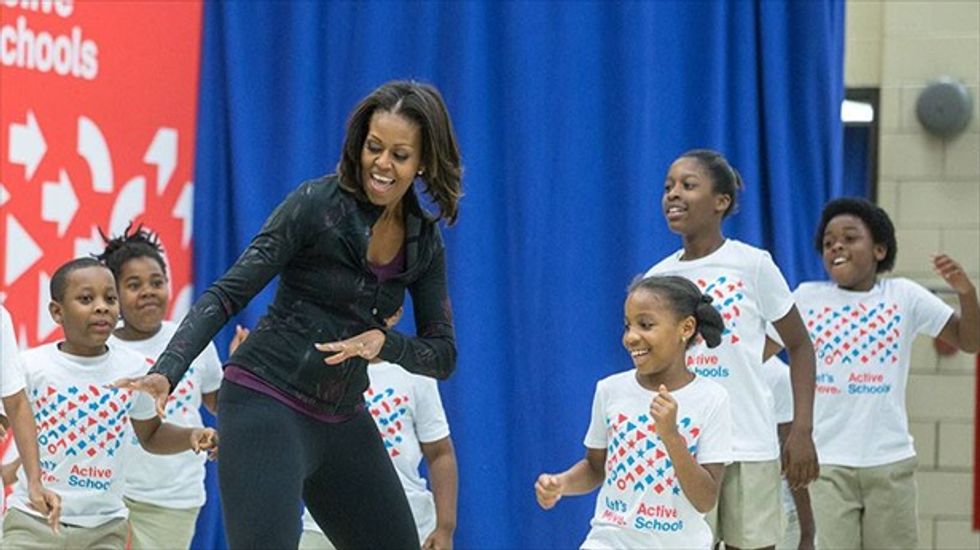 While many Americans struggle with extra weight, the obesity rate among U.S. preschoolers has dropped by nearly half in recent years, according to figures out Tuesday.

Just eight percent of children aged two to five were obese in 2011-2012, down from 14 percent in 2003-2004, according to findings from the U.S. Centers for Disease Control and Prevention, published in the Journal of the American Medical Association.

"We continue to see signs that, for some children in this country, the scales are tipping," said the CDC's Tom Frieden.

He highlighted that the study comes on the heels of previously-released CDC data showing a "significant decline" in obesity among low-income children aged two to four participating in federal nutrition programs.

"This confirms that, at least for kids, we can turn the tide and begin to reverse the obesity epidemic," he added.

The exact reasons for the drop are unclear. However, many childcare centers have recently started boosting their nutritional and physical activity standards, the CDC said in a statement.

Other possible reasons, it added, could be higher breastfeeding rates and a decline in the consumption of sugary drinks.

"I am thrilled at the progress we've made over the last few years in obesity rates among our youngest Americans," she said.

"With the participation of kids, parents, and communities in Let's Move! these last four years, healthier habits are beginning to become the new norm."

Overall, however, the prevalence of obesity remains high in the United States and, for the first time in two decades, the White House is expected to unveil updated nutrition labeling on Thursday.

The CDC study also found that about a third of adults and 17 percent of children and teenagers were obese in 2011-2012, representing no significant changes.