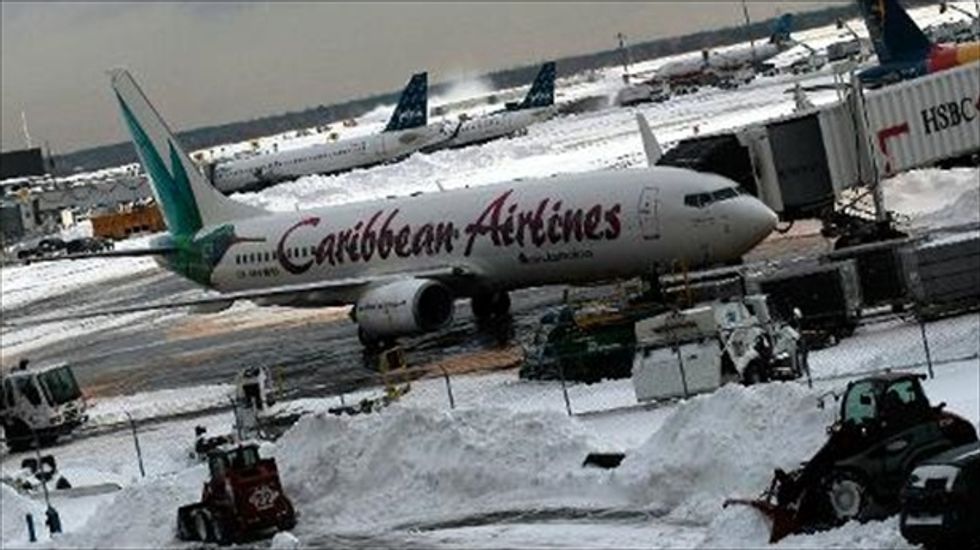 The United States has warned its nationals, in a rare, highly detailed public alert, not to travel on US-bound Caribbean Airlines flights originating in Guyana Monday through Wednesday.

In an unusually specific warning, the US embassy in the capital Georgetown issued the appeal because it had "received unconfirmed threat information" on Caribbean Airlines flights departing Monday.

"Out of an abundance of caution, the embassy advises all US citizens in Guyana traveling on Caribbean Airlines (CAL) to the United States from Monday February 10 through Wednesday February 12, to make alternate travel arrangements," it said on its website.

In Washington, State Department spokeswoman Marie Harf told reporters that "when we have something ... that we think is credible and specific, then we take precautions."

Harf did not comment on Guyana's ability to handle international security.

"I wouldn't make any broad generalization about Guyana's ability to counter these kind of threats," she said.

Guyana is a small and diverse but poor nation of about 700,000 people. Its largest ethnic group is descended from Indian laborers brought in during the British colonial era.

Caribbean Airlines, based in nearby Trinidad and Tobago, sought to downplay any security concerns, saying additional measures were in place in Guyana.

"The airline wishes to assure passengers and the traveling public that specific layers of security have been added at our Guyana Airport operations and we are working closely with all authorities to ensure appropriate security protocols are followed," it said in a statement.

"All Caribbean Airlines flights are operating as scheduled."

Still, flight BW484 that was identified in the threat, has since landed safely at New York's John F. Kennedy International Airport, he told lawmakers.

Benn said the Guyanese government wanted Barbados, Trinidad and Tobago, and the United States to probe the threat that was made last Friday by telephone. He said the call was made to the Barbados operations of Caribbean Airlines by someone with a Trinidadian accent.

"We would like to know who made the threat and the specific nature of the threat," he said.

Guyana's deputy police commissioner, Seelall Persaud, said the "threat of sabotage" has resulted in more police personnel and the deployment of a ballistics sniffer dog to the Cheddi Jagan International Airport (CJIA).

Police and airport officials said searches would continue on all passengers until authorities are satisfied that the threat level no longer exists.

In 2007, two Guyanese nationals were among four people convicted of taking part in a foiled plot by a group of militant Muslims to firebomb John F. Kennedy International Airport.